In preparation for this piece, I looked back at both Windows 3.1 (1992) and Windows 95 (1995). I was struck by how much Microsoft achieved in the few years separating the two. Windows 95 fell over a lot, and it was released with a surprising disregard for the internet, installing the proprietary Microsoft Network by default but no web browser unless you added the Plus! supplementary pack. Nevertheless, it got a lot of things right. 32-bit applications, preemptive multi-tasking, long file names, the taskbar, and Start menu, all combined with good backward compatibility for applications. 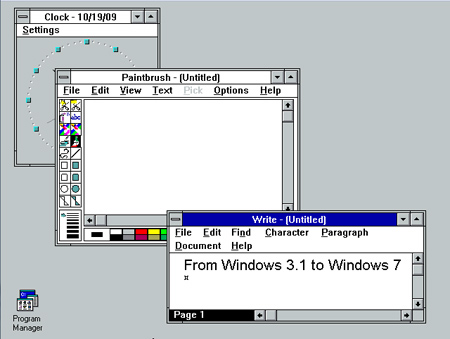 Windows 3.1 paved the way for considerable improvements in Windows 95

Since Windows 95, Microsoft's progress with Windows has been slower. The essentials of the Windows 95 user interface remain in Windows 7, fourteen years later. What Windows 95 does, Windows 7 does better and with greater reliability, but there is no revolution. The more interesting aspects of Windows 7, things like multitouch support and the sensor and location API, are near-invisible for most users, awaiting the moment when more hardware and applications support them.

A problem for Microsoft is that your next multitouch, location aware device is most likely a smartphone running something other than Windows, bearing in mind the parlous state of Windows Mobile.

Windows 7 is easy to recommend, at least versus Windows Vista or Windows XP, but despite its high quality there is a sense that the world is moving on, to mobile in one direction, and to the cloud in the other. 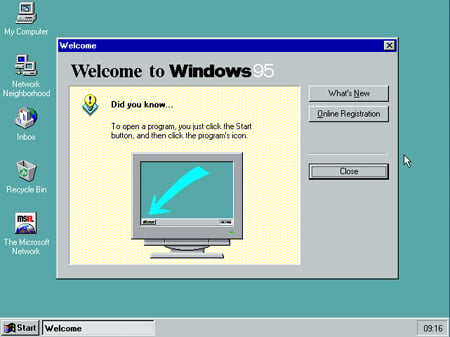 Microsoft's progress has slowed since Windows 95

Next month Microsoft will hold another PDC. Topics on the agenda include Windows Azure cloud services and Silverlight, the cross-platform, browser-hosted implementation of WPF that comes close to delivering on the promise of Avalon.

While both are promising technologies, they are not bold innovations. Silverlight has close competition from Adobe Systems' Flash, while Azure is one of several cloud platforms and looks unlikely to dominate.

Since PDC 2003 and the failure of its core propositions, Microsoft has become less adventurous, and the sensible utility of Windows 7 is the result. ®