Broadcaster Sky has launched its long-awaited video-on-demand and streaming service for the Xbox 360. 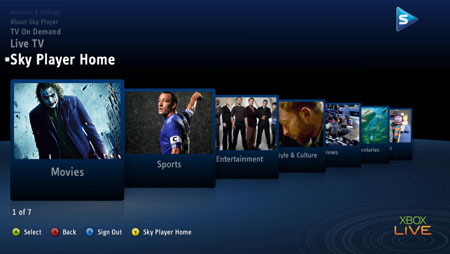 Called Sky Player, the service – the first of its kind for a games console, Sky claimed - works through Xbox Live and provides gamers with access to 24 live streaming channels and “thousands of hours of on-demand programmes”.

As previously reported, Avatar Party Mode (shown below) allows gamers to watch live TV, including football events, with their friends’ on-screen avatars. Once there, virtual chums can chat with one another in real time.

Sky Player doesn’t require Xbox owners to have a dish installed, but in order to access the service gamers must first hold a gold-level Live membership, currently £40 ($65/€44) per year. 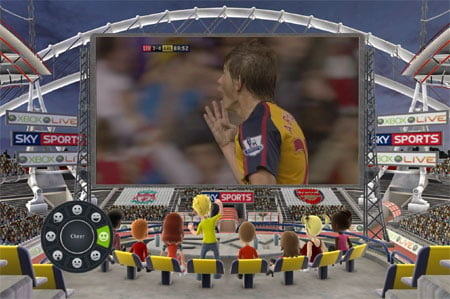 You can then select from numerous Sky monthly subscription packages, each priced at between £15 and £50. Sky Sports packages are also available, but US sports channel ESPN can only be added as a £12 extra.

Gamers can’t pay to watch, say, an individual football match. Nor can they pay for Sky Player with Microsoft’s Xbox Live points currency. 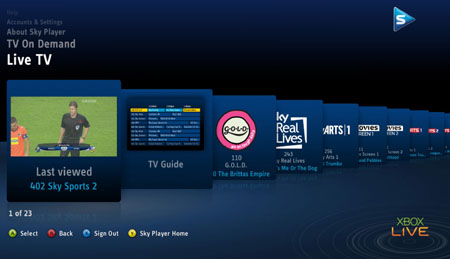 Sky has created a Sky Player retail bundle pack priced at £30. It includes a one-month Sky Player Subscription to the Sky Sports Pack, a media remote and a three-month gold-level Live membership.

For more information about Sky Player, consult your Xbox 360. ®