Gifts still on the heap

Jon Skeet - the Microsoft-happy Google developer whose Mountain View overlords "advised" him to give up his Microsoft MVP badge - has now regained this Ballmerian status symbol after a compromise with Google's "Code of Conduct" police.

"I'm delighted to be able to announce that I'm now an MVP again," Skeet announced Friday on his personal blog.

Skeet is well-known Microsoft .Net obsessive. He's the author of a 424-page tome dedicated to C# coding, and he was first awarded Microsoft MVP status in 2003, tapped as one of the "outstanding members" of Microsoft's "technical communities."

His badge was renewed each year for the next five years. But then he took a job at Google, and when he came up for renewal this fall, someone inside the Chocolate Factory put a foot down.

"It's with some sadness that I have to announce that as of the start of October, I'm no longer a Microsoft MVP," the UK-based developer wrote early last month. "As renewal time came round again, I asked my employer whether it was okay for me to renew, and was advised not to do so. As a result, while I enjoyed being awarded as an MVP, I've asked not to be considered for renewal this year."

But he reassured other Microsoft-happy coders that he would remain an active member of the C# community and continue work on the second edition of his book, C# in Depth.

Skeet did not say why Google had "advised" him to give up his badge. And Google did not respond to our request for comment on the matter.

In Redmond's words, MVPs "actively share their high-quality, real-world technical expertise with the community and with Microsoft." They are not paid, but they do receive a "small set of services and other benefits" through the program, and they sign a non-disclosure agreement preventing them from revealing certain Microsoft info.

But when we asked if it had any problem with a Google-employed Microsoft MVP, Redmond said: "No. Microsoft MVPs are third-party experts awarded for their individual contributions to Microsoft communities. They work for many companies in a number of different industries around the world."

In announcing that he has now regained his MVP status, Skeet indicated that Google had problems not only with the Microsoft non-disclosure agreement but also with those unnamed Redmondian benefits. "Google has reconsidered the situation and worked out a compromise: I now receive no significant gifts from Microsoft, and I'm not under NDA with them," he said. 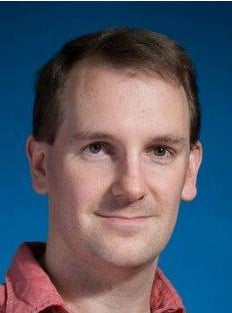 "While that precludes me from a lot of MVP activities, it removes any concerns to do with Google's Code of Conduct. Basically my MVP status is truly just a token of Microsoft's recognition of what I've done in the C# community - and that's fine by me."

Skeet specifically pointed to the bit in Google's Code that tells employees to avoid conflicts of interest. "In working at Google, we have an obligation to always do what's best for the company and our users," it says. "When you are in a situation where competing loyalties could cause you to pursue a personal benefit for you or your friends or family at the expense of Google or our users, you may be subject to a conflict of interest. All of us should avoid circumstances that present even the appearance of such a conflict."

It would appear that Google saw Skeet answering "yes" to one of the following self-posed questions about his MVP relationship with Microsoft:

Plus, the code specifically prohibits "accepting gifts and other business courtesies."

Again, neither Google nor Skeet responded to our requests for comment. But whatever Google's objections to full-fledged Microsoft MVP status, Skeet is quite pleased to at least have his badge back. "I really love working at Google, and the fact that we could figure out a solution to this situation is definitely one of the things that makes Google such an awesome place to work," he said.

Of course, Google might have found a solution before Skeet blogged to the world that he'd lost his MVP status and coders across the globe howled at the injustice of it all. ®