Parallels' annual update to its eponymous virtual machine software is out today, looking a bit smarter, and promising to be even more seamless than before.

A new Coherence mode sees Windows applications skinned with a Mac-like scheme. Dialogues look like Windows dialogues, and there's easier keyboard mapping - so your Windows app can use Apple-C/X/V to cut and paste, rather than Ctrl-C/X/V.

A picture is worth a thousand words, so here's how it looks. 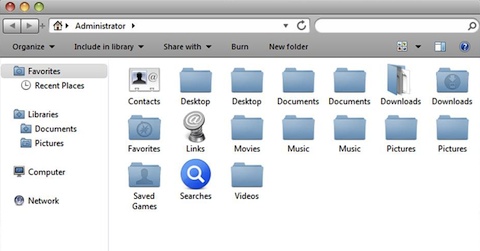 ...and applications such as IE8.

You can turn off 'MacLook' if you want, and continue to run in the Full Screen and old Coherence modes. Another addition is a hands-off pause, with the VM detecting a lull in processing activity and handing resources back to the host machine.

Windows 7 graphics support, including the Aero gimmicks, and USB optimisations including support for chip and pin readers are also part of the £34.99 upgrade. Snow Leopard is now officially supported as a Mac host.

Parallels 5 new will cost around £59.99, which includes a year's subscription to Kaspersky Anti-Virus software. Newcomers to the Mac can pick up Parallels starter edition with tutorial and a USB data transfer cable for around £66 after shopping around. The Windows™ tax is extra. ®