And gets £4.5m of Govt money to build it

But you couldn't be more wrong, because Murray - designer of the McLaren F1 - has come over all environmentally conscientious as his latest brainchild, the T.27 electric city car, proves.

At the moment, the T.27 is nothing more than an idea, but with the help of £4.5m ($7.4m/€5m) investment from the British Government's Technology Strategy Board that was announced yesterday it could see the light of day in 16 months. 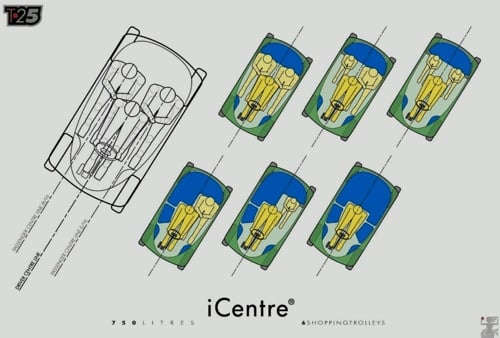 Like the petrol-engined T.25 concept that Murray partially revealed at the end of 2008, the T.27 will be a three-seater, with one bucket in the front and two behind. So at least one part of the legendary McLaren F1 design lives on in its designer's latest brainchild.

The electric drive train is being developed by British company Zytek Automotive which, along with Murray, is matching the Government's investment.

Assuming all goes to plan, by early 2011 Gordon Murray Design will have four production-ready prototypes of the T.27 running. Then they'll seek further funding and partners to put the car into production, hopefully here in Blighty.

As important as the actual design of the T.27 is Murray's “iStream” manufacturing method, which eschews steel monocoque and traditional assembly approaches for a lightweight tubular affair with welded panels that arrive pre-painted at the assembly line.

Apparently this “holistic approach” to car design - GMD's words not ours - results in a car slightly smaller than a Smart, but with much more interior space and far more flexible storage options. 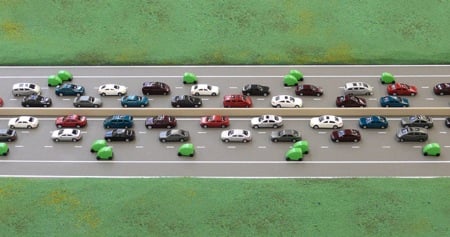 Details of the T.27 are, perhaps not surprisingly, a bit sketchy at the moment but apparently it will have a top speed of 60mph and be able to travel around 100 miles between charges. Murray also said it will meet all relevant European safety standards.

With the T.27 being no more than a twinkle in Gordon's eye, the announcement of the new project was celebrated by the Innovation Minister, Lord Drayson, taking a T.25 mule for a spin. ®