Aerospace firms are competing for a "classified" UK MoD contract to build a robotic military stealth aircraft which would be able to hover like a helicopter or fold its rotors and fly as an aeroplane. The "novel air concept" would be able to operate "within urban canyons" and deploy radical new weapons such as microwave or laser rayguns. 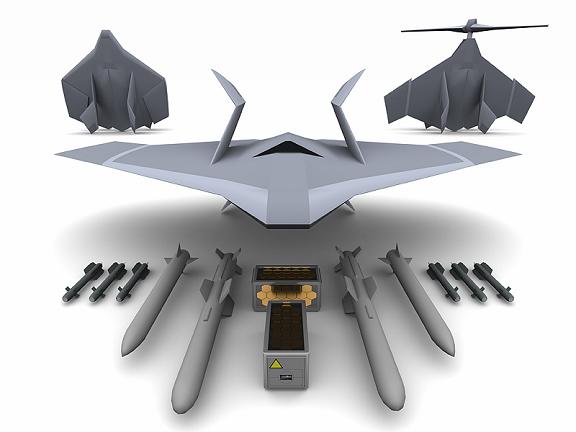 There's also a thing for getting stones out of horses' hooves underneath.

The MoD's Defence Science organisation had already released some details on the Concept. Specifically, the military boffins would like to see:

A more cost-effective means of achieving the effects currently provided by manned aircraft and cruise missiles by using new concepts in unmanned air vehicles (UAVs)/unmanned combat air vehicles (UCAVs). The specific effects under consideration are the delivery of novel payloads over remote hostile territory and, specifically, within the urban environment.

Next page: Pop-chopper: Good for hovering in urban canyons as well as VTOL
Page:
Corrections
26 Comments