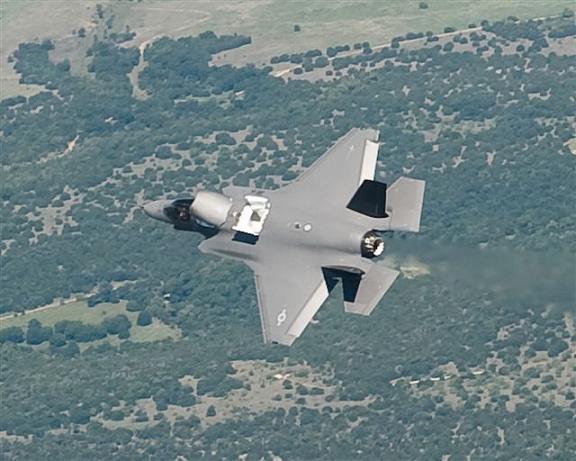 Sometimes it sucks to be a jumpjet.

That debate would seem to be largely over for now - the President and his defence secretary have made it quite clear that they are having no more Raptors and lots of F-35s - but nonetheless any problems in the F-35B's hover test programme will be pounced on instantly by the plane's many vocal detractors.

And there are other reasons, especially for British observers, to watch the upcoming vertical-lift trials closely. The Royal Navy wants to use the F-35B specifically as a carrier fighter, to protect the British fleet from air attacks at sea - and there are grave concerns that it may have trouble setting down vertically with missiles still aboard in some conditions, even with fuel at a safe minimum.

The RN has plans to get around this using a so-called Shipborne Rolling Vertical Landing (SRVL) method in which the F-35B would come down still moving forward fast enough to get useful lift from wings as well as engine. Indeed senior naval aviators have told the Reg that they expect this to become the standard RN deck-landing technique.

But if the F-35B's hover performance should turn out to be poorer than thought, even SRVL might become marginal in hot climates (jet engines lose power in hotter air - this is the problem which did for the Sea Harrier in the end, meaning that it couldn't fly routine armed patrols anywhere very warm). This would invalidate the whole present plan for the navy's new carriers, the more so as the RAF is known to be reluctant to replace its own Harrier force - the light-blue airmen would rather spend that money on other things.

It might make more sense for the UK to equip its carriers with arrester wires and catapults for use by simpler tailhook planes. This isn't cheap or simple, as it would involve either serious engine-room changes or development of new technology, but it would save in the long run on the cost of buying and operating the highly complex F-35B, and by allowing cheaper radar aircraft.

There are indications that the UK government is considering such a plan - which might see the Royal Navy equipped with some other plane altogether such as the Rafale or Super Hornet. The F-35B would still go ahead with the US Marines, but loss of its second-biggest customer early on would be a serious blow for the jumpjet.

Or, as many would argue, the UK could scrap the carriers altogether, or use one of them as an amphibious helicopter ship or something.

For all these reasons, then, the next month's hover tests at Patuxent River will be watched keenly from various places around the globe. ®