Memory and storage specialist OCZ has unwrapped its latest SSD and it's a biggie: the Colossus packs in 1TB of solid-state storage. 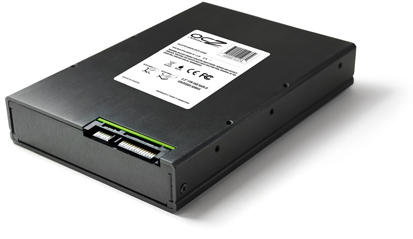 OCZ's Colossus: 3.5in for a change

Unlike most other SSDs, from OCZ and others, the Colossus uses the 3.5in form-factor. They use an Indilinx controller for the Flash and a Silicon Image Raid controller to put the drive's internals into Raid 0 configuration.