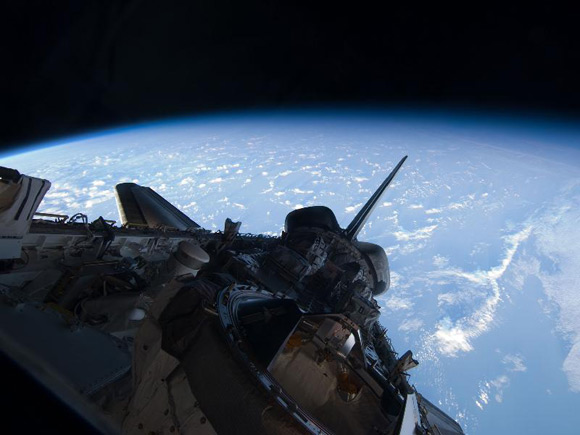 Foreman and Satcher are tasked with installing a spare S-band communications antenna structural assembly and lubricating parts of the Kibo robotic arm. Foreman is making his fourth spacewalk, while Satcher will be stepping though the hatch for the first time.

As they enjoy some light EVA, station commander Frank De Winne and flight engineer Jeff Williams will work in the ISS's Harmony node rerouting "data, power and cooling lines and air flow connections" which will eventually be hooked up to the Tranquility node when it arrives on Endeavour's STS-130 mission, slated to lift off on 4 February next year.