(Back) into The Valley

Remembering a BASIC coding classic from 1982

Forgotten Tech I first explored The Valley late in 1982. My method of entry: a Research Machines 380Z. I loved it and didn't want to leave.

But the school lunch period ended at 1.30 and the computer room was locked then, so I had to wait a day or two until I could get time on the RM again. 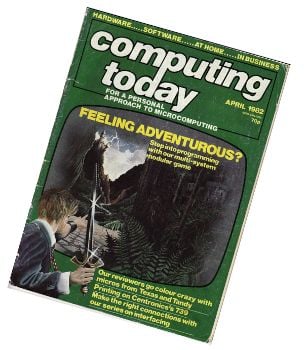 The Valley had been hacked onto the 380Z by a guy called Roy Walker. In a rare moment of schoolboy honesty, he admitted he'd keyed it in from a listing in a magazine. The publication was Computing Today, which had run an article - bylined only 'HB' and 'RM' - in April that year centred on a modular sword-and-sorcery "real-time adventure with graphics" designed to not only be entertaining to play but also to be used as a programming teaching aid.

"The published listing was developed and tested on a 32K Commodore Pet but will, if all non-essential spaces and REMs are removed, run in 16K," the authors promised.

"The best way to implement the program on your system is to key it in one module at a time following the notes," we were advised. "As each block is completed, SAVE it on tape before adding the next; 16K is a lot of program to lose if you make a mistake!"

CT published follow-up articles during the following months, mostly centred on adapting the code for other machines. The May 1982 issue, for example, featured writer Peter Green detailing a TRS-80 version. In the August 1982 number, Andrew Bain offered notes on coding The Valley for the Sharp MZ-80K. A year after the initial listing, readers' additions - extra spells and conversion hints - were being published en masse. 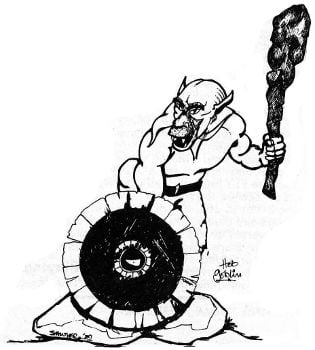 The original Valley was written for the Commodore Pet, but Roy had tweaked it into RM's dialect of Basic. I asked if I could borrow the listing to recode it for Microsoft Colour Basic - what my Dragon 32 used - but Roy told me to piss off.

A friend, Iain, was more lucky. He too had a Dragon and, after he'd borrowed the listing from Roy for an evening or two, I had a photocopy of the Pet code. Iain was no coder, but he knew I was and wanted to play the game on his own machine, so it made sense for him to get me the listing.

I can't recall how long the conversion took. Not long, I think. The hard bit was working out what the addresses that codes were Poke'd into the Pet's memory map represented. I made some guesses and seemed to get it right.