Google and Murdoch - a divorce made in heaven?

It's about money, but not bribes from Bing

Analysis Microsoft is known for its robust methods, but the widespread belief that it is attempting to 'buy' the news, offering to pay Rupert Murdoch's News Corp to de-index its news sites from Google speaks of extreme brutality, even by the Borg's standards. And think, people - if Microsoft really is offering to bribe major publishers to dump Google, might not the regulatory authorities have something to say? 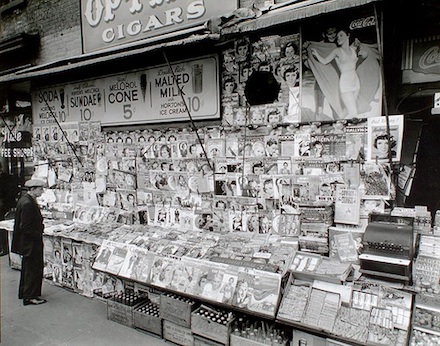 So let's all just calm down, and try to figure out what might really be happening. First of all, consider what Murdoch himself has been saying. Earlier this month he said it was likely that News Corp would pull its titles out of Google search once it started charging for them, and: "We'd rather have fewer people coming to our website, but paying."

Now consider what Google has been saying - that it doesn't make money from news, and that Google does not need news content to survive. Google doesn't need News Corp, and News Corp reckons it could get along just fine without Google.

So it's a divorce made in heaven? The financials back Murdoch to an extent. The Wall Street Journal, News Corp's paywall poster child, gets around 25 per cent of its traffic from Google, but obviously gets no subscription revenue from that, and it's not traffic that can be easily monetised. Silicon Alley Insider, using a methodology which we suspect may have included eye of newt, estimated that the WSJ only made $10-$15 million from its Google-derived traffic. We suspect that estimate might be on the high side, and it's likely that traffic coming from Google News (estimated by Hitwise at around 12 per cent) is worth a tad more than general search traffic.

Hitwise also reckons that Google search traffic (as a perentage of total WSJ readership) to the WSJ has doubled since 2006, while Google News traffic has tripled. In the world where Google is the gift that keeps giving, this is A Good Thing - but there are reasons why Murdoch might disagree here.

As Rupe says, the traffic isn't worth much. For subscribers, the WSJ is able to deploy demographic data in support of its ad sales operations, while for Google blow-ins it isn't. So from the WSJ's perspective unidentified one page clicks from Google aren't going to be worth a lot, and insofar as they mean that the sale isn't 100 per cent subscriber, they may even cost money.

Murdoch's pitch is all perfectly logical - almost. It fits the WSJ pretty well, but trying to apply that to The Times or the Sun falls into the 'rather you than me, Rupe' category. The other obvious question is, if you wall off Google - or even all search - traffic entirely, how much is that going to impact reader recruitment? News Corp may well have some internal data on that, we don't. It's possible, however, that the answer is not a lot.

Google's impact on the traffic of publishers is not as great as people tend to believe. If you cut off Google you'd take a hit (around 25 per cent for the WSJ, according to the Hitwise numbers), certainly, but people would still hear about you even if you started blocking all link traffic without even bothering to redirect it to the front page. It's by no means certain that circulation would collapse, or go into a steady decline as readers died, if Murdoch just dropped out of Google.

Next page: But why bother de-indexing?
Page: