Review Apparently, you are nobody today if you aren't connected to hundreds of other people through a web of social networks. If you aren’t poking, tweeting, linking, posting, chatting, emailing and texting, you're living in the past. 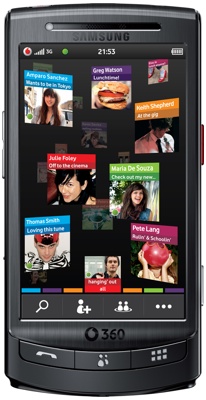 No wonder, then, that everyone in the communications biz wants a piece of the social network action. Vodafone’s latest attempt to cash in is to launch its own service, Vodafone 360, and to do so with an exclusive handset, Samsung’s H1. The H1 runs a new operating system, sort of. That’s three things for potential buyers to get their heads around, and we aren’t sure they're going to want to.

The H1 isn’t a bad phone. But we aren’t convinced by Vodafone 360. While it's easy to use once configured, and has the great pluses of cloud-based backup and a usable web-based service so you can also access your information on a computer, it's complicated to set up, isn’t sufficiently two-way and ultimately relies on people signing up for 360 itself.

But let's start with the handset. The H1 is an HSDPA 3G phone with Wi-Fi, Bluetooth and GPS, so it meets all the location aware, fast data access requirements of a modern smartphone.

The screen is a very serviceable 3.5in, 800 x 400 OLED number that's sharp, bright and clear. It dominates the front of the handset, and the overall look of the phone isn't dissimilar to any one of a large handful of full-frontal touchscreen phones. We found the capacitive screen a little reluctant to respond to screen taps at times, though. Getting haptic feedback is well and good, but it does need to be accompanied by action. 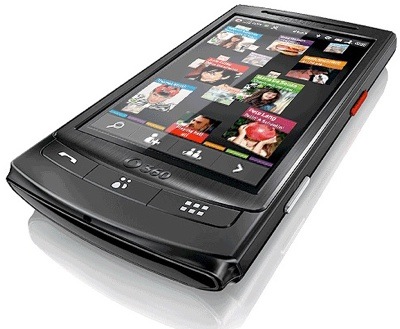 Red button: there's a dedicated search key on the side

There is a bank of three shortcut buttons under the screen. One takes you to phone and messaging, the next to the main contacts screen, and the third to the apps menu. There’s no end call button – it’s on the touchscreen.

Surely this is the trick to profitability
Software2 Feb 2023 | 90