Think Apple's Magic Mouse - reviewed here - is the acme of input devices? You may have to think again. UK tech company Cambridge Consultants has announced what it claims is "a whole new way of interacting with computers" - a squeezable controller.

Dubbed Suma, the rugby ball-shaped gadget responds to a whole-hand grip and the pressure of individual fingers, read through a "network" of "highly sensitive" sensors built into the device. 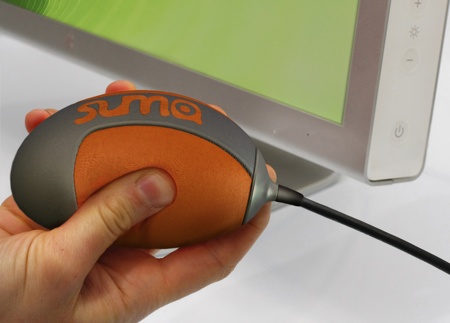 The driver translates the sensors' output into directions able to steer a cursor in three dimensions, CC claimed, its eye on the emerging 3D TV market.

Gaming is another, as is the pro design arena. CC said it's not looking to bring Suma-based products to market itself but instead wants to license the technology to manufacturers of input devices.

"About a quarter of the motor cortex of the human brain is devoted to the muscles of the hand. Yet current input devices for computers and games do not fully exploit these capabilities," said CC consumer products chief Duncan Smith.

"By capturing that complexity, Suma enables product developers in a range of industries to greatly enhance the experience of their users, adding multidimensional interaction to both existing and new applications.” 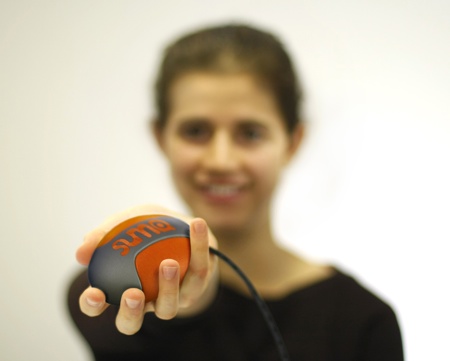 CC didn't say much more, so while we know what Sumo can do, we don't know how it does it, or whether it actually works. That said, CC promised to show off a prototype at the upcoming Consumer Electronics Show, which takes place in Las Vegas during January 2010. ®