Antitrust incoming? A view of Google from 30,000 ft

Have they bitten off more than they can compute?

Interview Attorney Chris Castle has worked for the original Napster ("one of the greatest inventions of the 20th Century"), Snocap and in digital licensing for Sony and A&M, and his "View of the Music Wars from 30,000 ft" was one of the most popular features of last year. In the first installment of our annual catch-up, he wonders whether Google may have annoyed so many rights holders that it's rethinking its strategy.

It's been slow to catch on, but Google Books has even annoyed Governments now

If you tried to offend every creator on the face of the earth, you could have come up with something better, but it'd be hard.

The settlement was so improbable and so unusual, if you ask most people who ended up being involved in the author or publisher class if they were involved before they were involved, they said they weren't. 'I wasn't in the lawsuit, it doesn't involve me.' 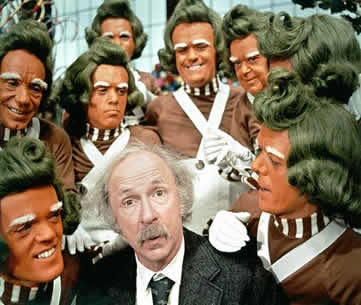 For example, the common thing from music publishers was that the settlement couldn’t possibly give Google permission to digitize sheet music, because the publishers hadn't even negotiated with Google. I have to remind them they're talking about Google. Google doesn't care about getting “permission” to do anything because they can outspend even most countries.

So opposition from music publishers was slow to coalesce although I’m glad to say that the British Music Publishers Association identified the problem early and were way up the food chain. But once the worldwide music publishers saw the problem, Google tried to make the publishers play by Google’s rules — even though the creator groups never agreed to play by those rules and weren’t required to do so by law. Google always wants creators to opt-out, meaning they can use your works until you catch them. But then Google tries to burden creators - improperly - by trying to make them believe that if you want to leave, you have to inform Google of all the works you're taking with you.

Now imagine you've got millions of works, like EMI Publishing. If EMI had played by Google’s rules, not the law, they would have had to create gigantic lists of titles and not miss any. Then, of course, EMI would have to police whether Google actually did what they said they would do, and so on. That could cost you tens of millions of dollars in EMI's case. All because Google wanted to digitize first and ask permission later.

And to add insult to injury, Google and their amen chorus will then blame creators for being difficult.

You think it's one fight too many for Google?

Google has a high share price and can raise capital at the drop of a hat, and is pushing the envelope. That allows them an essentially unlimited litigation budget to push the edge of the legal envelope on copyright law in particular. That is - other people’s copyrights that Google wants to get away with using. But if everything requires litigation, and the opponent has endless funds to outlitigate a songwriter or even a country - then you will eventually succumb and take the King's Shilling – and you'll be glad to do that to make the litigation stop.

“All it takes is some stock analyst to point out that Google's exposure and liability is vast. I think that’s what happened with Mr. Murdoch”

That said, Google is just beginning to realise that they need to rethink what they're doing. Note the position Google just took regarding other people’s news stories in response to Rupert Murdoch. That is very interesting because Google have alienated two of the top three "Old Men You Don’t Want to Jack Around", one of the others being Sumner Redstone. We call these kind of guys "loveable" in my business, but I think they’re called “dangerous” in Mountain View.

They may not have beach volleyball courts in their offices next to the warmed bidets, but the Sumner Redstones and Rupert Murdochs of this world know a thing or two about real hardball.

That said, Google is just beginning to realise that they need to rethink what they're doing. They gave Adword sales to some political group - how do you even track that?

People sit around Google all day thinking of ways to use litigation as a tool to undermine creators. So why are they all of a sudden saying they’ll pay for news? All it takes is some stock analyst to point out that Google's exposure and liability is vast. I think that’s what happened with Mr. Murdoch.