An update of the iPhone version of Mactracker (App Store link), a free compendium of stats on each and every Apple product since the dawn of the Macintosh 128k, now includes images of those products, just as its Mac and Windows versions have always done.

Previous versions of Mactracker for iPhone were bereft of those images, but Mactracker developer Ian Page has informed The Reg that Apple approved an update with the product images yesterday evening. The new version is now available in the App Store. 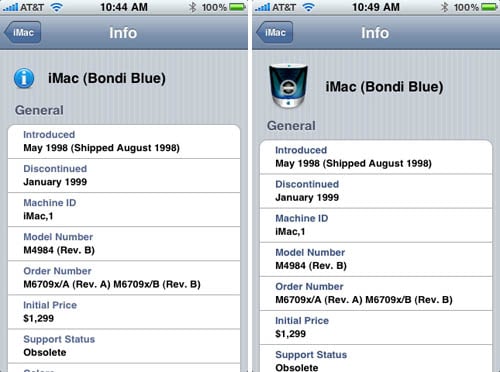 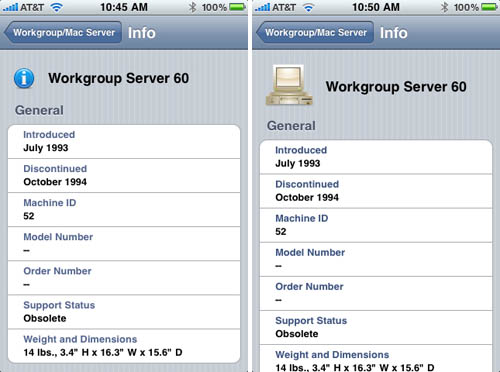 This burst of App Police largess comes on the heels of a controvery over Airfoil Speakers Touch by Rogue Amoeba, which was dragged through a multi-month update-approval process, only to be denied due to its use of a public API to display Apple-product images.

After a messy furor over that silliness, Apple relented and allowed Rogue Amoeba to include those images - although doing so didn't mollify Rogue Amoeba chief executive Paul Kafasis, who told The Reg: "Fixing one small problem doesn't mean the larger problems of the platform are fixed."

Page - along with Mactracker's many fans - are now the beneficiaries of Kafasis's months of headaches and their subsequent mitigation.

Apple appears to be struggling to get its App Store approval process in order - witness marketing vice president Phil Schiller's crusade to calm bloggers and developers. Much more remains to be done, but even a small move towards good sense such as allowing the Mactracker app parity with its Mac and Windows versions is to be welcomed. ®