Google (finally) released beta versions of its Chrome browser for Mac and Linux on Tuesday, along with over 300 extensions for Windows and Linux.

Sorry, Mac users - extensions "aren't quite beta-quality on Mac yet", according to a Google blog posting announcing the new-release trifecta.

At first blush, the Mac beta seems snappy and polished, although most improvements over Apple's Safari - such as each tab being a separate process - are under the hood rather than immediately apparent.

Chrome's New Tab page, for example, mimics Safari's Top Sites page, although with a more-straightforward and more-limited array of pages, and with similar customization options such as arranging and pinning. Chrome's version, however, offers more history info and more viewing options. 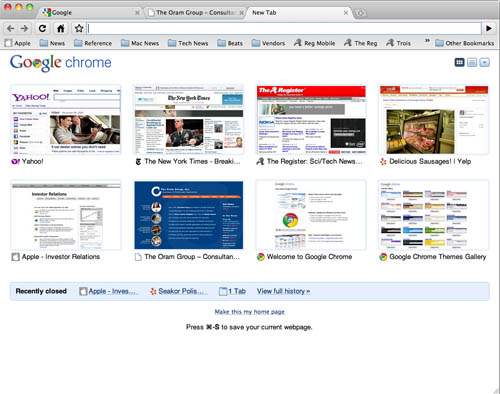 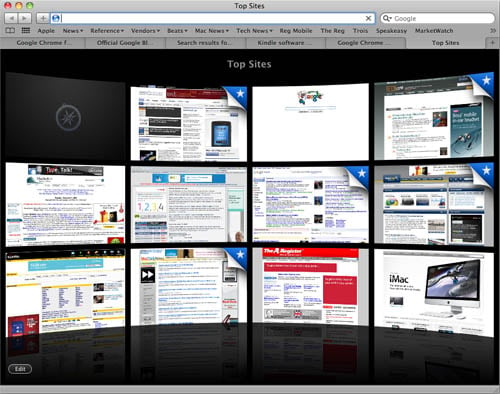 One Chrome feature stands out, however, that does trump Safari: what Google calls the Omnibox - a combined search field and address bar.

The Linux beta includes what Google describes as "tight integration" with GTX+ themes, is updated via the normal system package manager, and as promised on The Chromium Blog, "works well" with Gnome and KDE.

For users who want a deeper dive into the philosophy and structure of the Chrome browser, Google offers a 39-page comic book detailing the dev team's goals and providing an overview of the structure of Chrome's underpinnings. 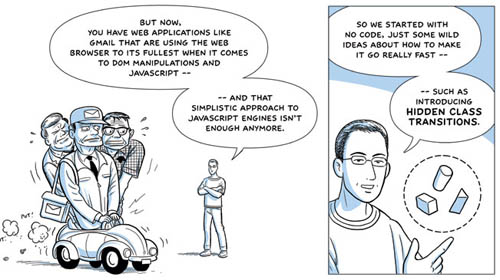 As of Tuesday morning, Chrome's extensions gallery lists 337 extensions for Chrome's Windows and Linus versions, arranged by most popular, most recent, top rated, and featured. Among today's 37 featured extensions are a news reader, lyrics finder, weather tracker, and - as might be expected - utilities for such Googley offerings as Gmail, Voice, Calendar, Blogger, and more.

You can download the Mac beta here (Intel-only, Mac OS X 10.5 and higher) and the Linux beta here (Debian/Ubuntu/Fedora/openSUSE). ®

In the company's email announcing the Mac beta release, Google lists "a few fun facts" about the development process, including: