MSI has switched sides in the AMD versus Intel war, releasing a redesigned all-in-one AE2010 desktop PC with Intel processor and Nvidia graphics. 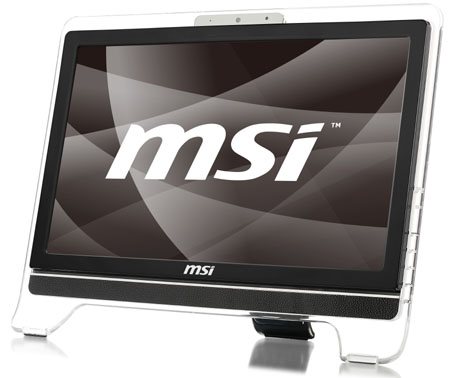 MSI's AE2020 has Intel and Nvidia Ion inside

MSI hasn't fiddled with screen size or resolution, so the AE2020 still delivers a 20in, 1600 x 900 display. However, buyers of the latest machine get multi-touch capability as standard and, while the two machines may look identical, the AE2020 apparently has a black leather finish.

One extra gig of memory has been slotted into the AE2020, taking its total to 3GB of DDR 2. Storage capacity remains unchanged: a 320GB HDD, MSI added, but the machine's memory card supports six formats: XD, SD, MMC, MS, SDHC, MS Pro - that's two more than the AE2010 did. 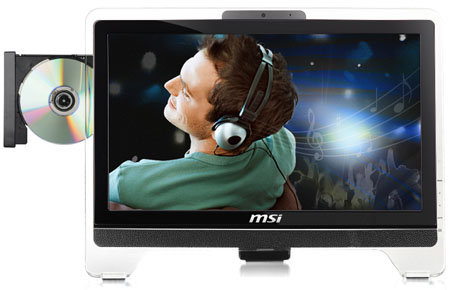 The biggest change around the back of the AE2020 is the addition of an HDMI port. It has six USB ports too.