Afghanistan annoyingly not all the same colour

The British armed forces, in a bid to stop criticism regarding uniforms supplied to troops in combat, have introduced a new field camouflage pattern intended to be suitable for use in both desert and vegetated terrain. 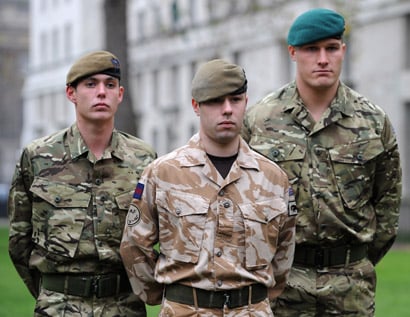 A thin MTP line of heroes.

The new pattern is based on the "multicam" developed for the US Army in recent years but never yet issued to regular American forces. It will replace the standard brown/black/green Disrupted Pattern Material (DPM) uniforms as standard working dress in the army and parts of the other services over the next few years: specialist camouflage kit (desert, arctic etc) will remain in use as required.

The forces have had a vexing time with camouflage uniforms over the last decade. With preparation time for the Iraq invasion of 2003 cut short for political reasons, many frontline troops crossed the border from Kuwait still wearing DPM more suitable for northwest Europe than the desert. Over time, following much agitation in the press, the forces got this sorted out. It became a rigid requirement that every serviceman or woman was fully clad in light desert kit on arrival in Iraq or Afghanistan.

Unfortunately, in the main theatre of British action today - along the banks and in the surrounding terrain of the Helmand river - this turned out not to be ideal. A narrow "green zone" of irrigated farmland follows the river through the arid Afghan desert, and within the zone the lush vegetation causes a desert-camo'd trooper to show up much more than one in DPM. 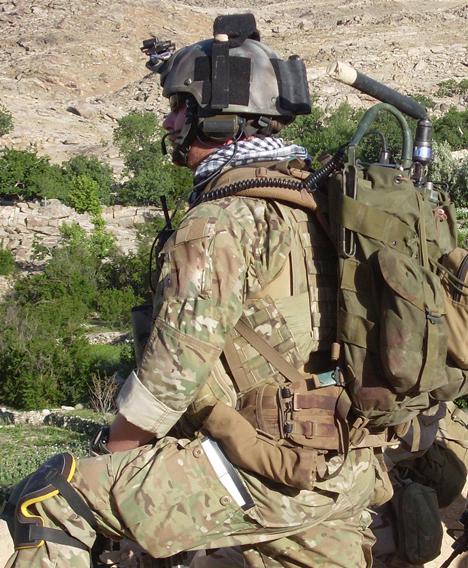 This led some soldiers, whose tasks might be taking them in and out of the green zone several times a day, to wear a mixture of DPM and desert kit. There was some ignorant press commentary, when this was first noticed, condemning the MoD for once again failing to get enough desert kit for all - but in fact the mix of uniforms was a matter of choice by the troops involved.

Next page: 'US Army got it wrong' say Brits
Page: