Afghanistan annoyingly not all the same colour

'US Army got it wrong' say Brits

There are, of course, camouflage patterns designed to work reasonably well in both green and desert conditions - or even in the somewhat different yet "high desert" Afghan hillsides, which often have a lot of scrubby plants but also plenty of dry rock and dust like the moonscape terrain of the deserts proper.

The Army was plainly going to have to get such a pattern into use, if only to show it was doing its best. This could have been yet another special-issue set of gear: but as the new camouflage would also be reasonably functional even in Europe, the decision has been taken to simply retire DPM and make the new stuff the standard rig. Everyone who wears camouflage gear as their normal daily rig - most of the Army and parts of the RAF and Navy - will switch over to this by 2016.

The new stuff will be called "multi terrain pattern" or MTP in British use, but it is merely a slight variation on the Multicam already well-known in US military circles. Multicam was developed for the US Army by New York based firm Crye Precision. According to the British Army:

A wide range of camouflages and colours were trialled, in the UK, Cyprus, Kenya and Afghanistan. The trials included visual comparisons, objective assessments of the time to detect the different camouflages against different backgrounds, and subjective user opinions on the efficacy of the performance. Crye's Multicam technology was found to be the best performing across the widest range of environments by a significant margin.

The US Army, by contrast, never went for Multicam in a big way, instead issuing an alternative known as ACU; but Multicam is known to be in use among some American special-forces units, and there is constant agitation by its advocates to get it issued to regular troops. 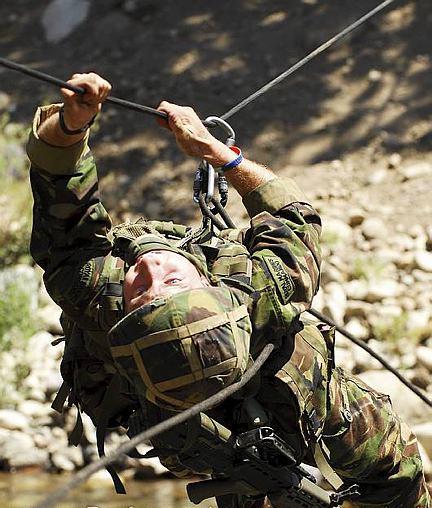 Out with the old.

Despite the fact that some at least would say that MTP represents a case of British troops getting better kit than American ones, there has already been some criticism ("turned down by the US and made in China", says the Telegraph this weekend).

In the end, the camouflage argument can never be settled and there are at least as many opinions on the matter as there are soldiers. Even once MTP is available to all, some British troops will want to wear different stuff for some missions. Sometimes that different stuff won't be available, and the MoD will be criticised. Sometimes people will notice that troops are buying their own, or wearing MTP even though we're at war in Antarctica or something and they ought to be in white, and again there will be a minor row.

The truth of the matter is that camouflage - barring certain special circumstances such as snipers - can't be perfect and is far from the most important thing about a soldier's equipment. Professional troops make an effort on it when they have time simply because they're professionals, but camouflage won't save them from a booby trap, or a strike against the vehicle they're riding in. It can only give them the very slightest of edges if they get ambushed or attacked by a suicide bomber.

So the MTP/Multicam decision seems sensible enough. But one thing is certain: this decision won't put an end to the military camouflage debate. ®