Even when we're closed, we're open

Google has sent itself a memo as part of an ongoing effort to perpetuate the self-delusion that it's the world's most open company.

Monday afternoon, at the official Google blog, Google vp Jonathan "Perfect Ad" Rosenberg published an email he recently sent to company staffers under the heading "the meaning of open." Like so many others, Google enjoys telling the world how open it is, but Rosenberg believes the company should go a step further. He strives to actually explain what the word means - and to follow that explanation to the letter.

"At Google, we believe that open systems win. They lead to more innovation, value, and freedom of choice for consumers, and a vibrant, profitable, and competitive ecosystem for businesses. Many companies will claim roughly the same thing since they know that declaring themselves to be open is both good for their brand and completely without risk. After all, in our industry there is no clear definition of what open really means. It is a Rashomon-like term: highly subjective and vitally important," he writes.

"We need to lay out our definition of open in clear terms that we can all understand and support."

Rosenberg truly believes in this mission - so much so that his description of what should be open avoids all those areas where Google is preternaturally closed. In some cases, he rationalizes the omissions. In others, he seems completely oblivious to what's been left out. And though he does say his company can "go farther," he fails to acknowledge that Google's commitment to openness inevitably disappears when it threatens the company's efforts to make lots of money.

The question is whether Rosenberg realizes he's doing so.

Naturally, "Perfect Ad" spends a good portion of his characteristically sprawling email detailing how much code Google has open sourced over the years, calling his company "the largest open source contributor in the world." That may be the truth. But he doesn't address the fact that Google open sources code only when it believes that doing so will help the company's bottom line - or at least not hurt it.

He does acknowledge that Google stops short of open sourcing everything. But then, as Google so often does, he rationalizes the fact that the company has no intention of open sourcing the two things - its search and ad platforms - that have turned Google into something very close to an internet gatekeeper.

"While we are committed to opening the code for our developer tools, not all Google products are open source," Rosenberg says. "Our goal is to keep the Internet open, which promotes choice and competition and keeps users and developers from getting locked in. In many cases, most notably our search and ads products, opening up the code would not contribute to these goals and would actually hurt users.

"The search and advertising markets are already highly competitive with very low switching costs, so users and advertisers already have plenty of choice and are not locked in. Not to mention the fact that opening up these systems would allow people to 'game' our algorithms to manipulate search and ads quality rankings, reducing our quality for everyone."

So, even when Google is closed, it's open.

After reading this particular passage, even Cnet thought of Orwell. "Am I the only one that just had Napoleon of Animal Farm flash through their minds while reading that statement?" writes Matt Asay. "Some animals are more equal than others, and some companies know better than others when to keep code closed."

What's more, Rosenberg's people-will-game-us argument doesn't necessarily stand up to scrutiny. With a blog post of his own, SiteAdvisor founder Chris Dixon swiftly counters that oft-repeated Google chestnut with some good old fashioned security know-how. "If Google is really committed to openness, it is [the search algorithms] that they need to open source," Dixon writes. 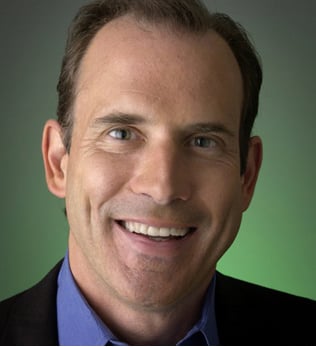 "The alleged argument against doing so is that search spammers would be able to learn from the algorithm to improve their spamming methods. This form of argument is an old argument in the security community known as 'security through obscurity.' Security through obscurity is a technique generally associated with companies like Microsoft and is generally opposed as ineffective and risky by security experts. When you open source something you give the bad guys more info, but you also enlist an army of good guys to help you fight them."

If Google keeps search closed, it will remain the gatekeeper - whatever else it may open up. "Until Google open sources what really matters - their search ranking algorithm - you should dismiss all their other open-source talk as empty posturing," Dixon says. "And millions of websites will have to continue blindly relying on a small group of anonymous engineers in charge of the secret algorithm that determines their fate."

Unlike, say, Facebook or Yahoo!, Google is also pathologically closed when it comes to the code driving its famous back-end infrastructure. That, in turn, creates some inconvenient "vendor lock-in" atop its so-called development cloud, Google App Engine. And even when it does open source, it can be awfully closed about it.

But the salient point here is that Google is closed on search. Well, except for the other salient point: the Mountain View Chocolate Factory isn't exactly open when it comes to all that user data it's collecting on its famous back-end infrastructure.