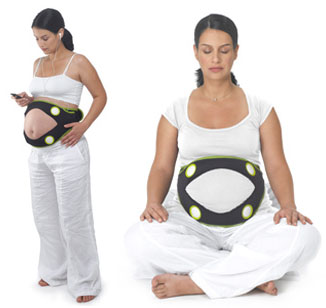 The Ritmo belt fixes around the mother’s pregnant belly and sends sounds to the foetus from four integrated speakers.

While the idea may sound daft - along the lines of the Natus womb workout - scientists have long studied the so-called Mozart Effect in which in utero exposure to classical music may have a beneficial effect on mental development.

Ritmo connects into “most” audio devices, Nuvo said, so that virtually any sound can be relayed to the baby, be that a Mozart concerto, dad reading a story or “the family dog barking”.

Nuvo’s “patented Safe & Sound Technology” regulates audio volume so the baby doesn’t struggle to hear one track and then become deafened by the next. The belt also features a wired controller to let mum can change tracks.

Just ask us if you need help, urge NCSC and CISA

Emerging markets are where it's at