T-Mobile has pulled — or should that be plucked? — a few strings and signed up Eric Clapton to promote its upcoming Fender-themed phone.

The limited-edition My Touch Fender 3G — actually an HTC Magic, reviewed here — has been lacquered with a “guitar-inspired wood grain finish”.

Aside from looking like a guitar – well, slightly - the handset has also been updated with a fret app, which Clapton himself strums in the phone’s promotional video (shown above). 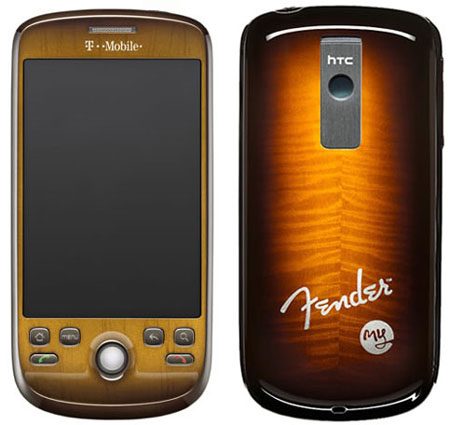 When the network provider originally announced plans for a guitar-themed handset back in October it also promised to preload the phone with video and audio clips from iconic musicians – Clapton, presumably – and to throw in a 16GB Micro SD card. ®