Details are beginning to emerge regarding what Nokia wants to see in the next-gen Symbian user interface.

Developed for Symbian 4 - sorry, 'Symbian^4' - Nokia's proposal for the UI calls for a redesigned display in which a standard titlebar at the top of the screen with the remainder managed by the application in the foreground.

The titlebar has new, more compact signal strength and battery indicators that appear no matter what app you're in. The title is application-dependent - on the homescreen, it would name the operator, for example - and would double-up as a tappable space to call up a dropdown Options menu, signalled by the down-facing triangle. 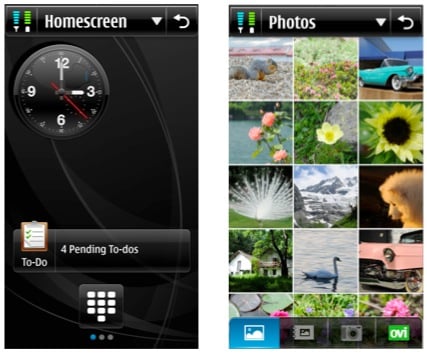 Incidentally, Options menu commands would be structured in such a way as to prevent unnecessarily long menu hierarchies so users don't have to navigate screen after screen of options only to end up not knowing where they are or - worse - going back to the wrong screen.

Finally, a back button in the titlebar would take the user back through an app's view hierarchy and up to the homescreen.

Apps can hide the titlebar, with an pre-defined animation making it appear to slide up off the screen. At the same time, a standard bottom-of-the-screen four-button toolbar UI component, if implemented, would slide off the screen downwards.

The proposal envisages retitling Symbian's Main Menu as Applications Library and becoming one of four such Libaries: the others would be Contacts, Music and Photos. Each of these presents content in am ordered list, with a tree hierarchy if necessary, to avoid nested folders and the consequent view changes. 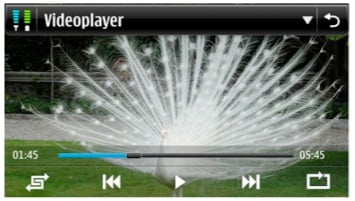 List items will get contextual menus, triggered by pressing the option for a given time, to save navigating to a second view and then back again.

Users will be able to create fixed or dynamic "collections" of Library entries, the better to access frequently needed information more quickly.

Switching between apps would become more streamlined, with automatic state and data saving. Always running apps, such as the music player, would get "improved visual access", though the proposal doesn't detail how. 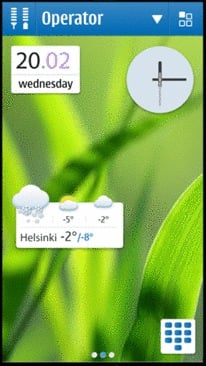 Other tweaks include a new power-key menu that includes volume and vibration controls; an improved Control Panel; a multi-page homescreen; and the ability to place irregularly shaped widgets on the homepage.

As a proposal, the UI is up for debate among Symbian licensees and interested parties. Symbian 4 is scheduled to be competed by Q3 to pave the way for its implementation in devices early in 2011. ®