Review LED backlighting is all the rage at the moment; it can dramatically improve the contrast ratio of LCD panels, helping them towards the deep blacks seen on plasma displays. But many of the sets available at the moment, including the LG we recently reviewed, use LEDs that aren’t individually addressable – so it’s still really all or nothing. 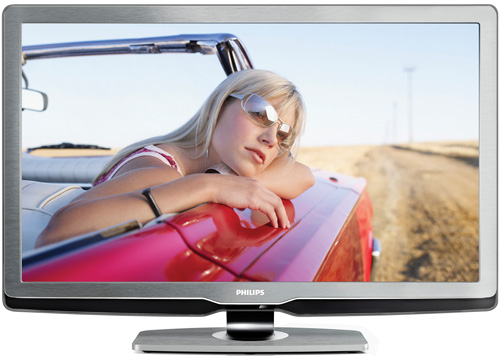 Philips’ 9704 offers ‘Pro LED’ backlighting, the better to distinguish it from the presumably amateur type on other sets. That means that the backlighting is split into 274 individual segments, each of which is independently controlled. Other selling points include the latest version of the Ambilight system, wireless connectivity, built in web browsing and DLNA support.

Users outside the UK may be able to take advantage of the MPEG4 decoding, and the CI+ slot too, but for those of us in Blighty, an external source of some sort will be needed if you want to watch HD programming. SD Freeview and analogue tuners are, of course, included. Compared to some recent TVs from the competition, the Philips is positively chunky, with the rear panel curving round to the front, and providing sufficient depth for both the Ambilight system and decent size speakers.

This 40in, 1920 x 1080p resolution model has four HMDI sockets on the rear, as well as two Scart sockets, component and VGA inputs, while the left hand side provides a fifth HDMI – helpfully labelled ‘HDMI side’ in the menus – together with S-Video, composite, audio in, headphone out, and a USB port. The rear panel also hosts analogue audio outputs, coaxial digital (no optical), and an Ethernet port, should you not want to use the 802.11g Wi-Fi.

The right hand side is host to the usual set of buttons for volume, channel change, and menu functions, in case you lose the remote. That is a very solid feeling unit, with a brushed aluminium top panel, which can also be programmed as a multi-function remote, with an on-screen wizard telling you which codes to enter for particular brands; that said, we couldn’t persuade it to emulate the ‘back’ button for the LG Blu-ray player we had to hand. Still, if it drives your devices, it’s useful to have. 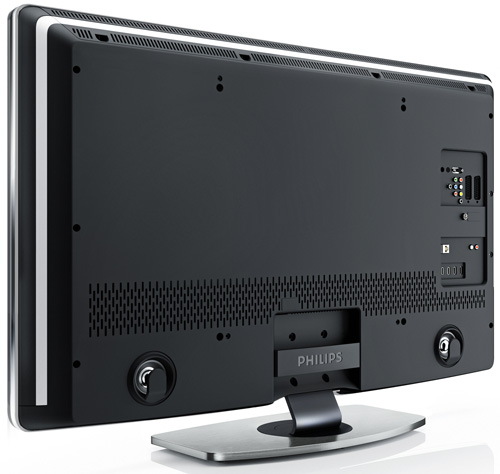 Digital interfacing is coaxial only, with no optical option

Initial setup is straightforward, with both analogue and digital channels tuned automatically. Unlike many other brands, the Philips combines the two by putting the analogue stations in the 400 range, so you don’t have to fiddle with a source or mode switch to move between them.

Intel CPU interconnects can be exploited by malware to leak encryption keys and other info, academic study finds

Chip-busting boffins in America have devised yet another way to filch sensitive data by exploiting Intel's processor design choices.

Doctoral student Riccardo Paccagnella, master's student Licheng Luo, and assistant professor Christopher Fletcher, all from the University of Illinois at Urbana-Champaign, delved into the way CPU ring interconnects work, and found they can be abused for side-channel attacks. The upshot is that one application can infer another application's private memory and snoop on the user's key presses.

Plus: McAfee's in serious trouble over claimed cryptocurrency scam

In brief Another form of malware has been spotted on servers backdoored in the SolarWinds' Orion fiasco.

The strain, identified as SUNSHUTTLE by FireEye, is a second-stage backdoor written in Go which uses HTTPS to communicate with a command-and-control server for data exfiltration, adding new code as needed. Someone based in the US, perhaps at an infected organization, uploaded the malware to a public malware repository in August last year for analysis, well before the cyber-spying campaign became public.

Linux overlord Linus Torvalds has rushed out a new release candidate of Linux 5.12 after the first in the new series was found to include a ‘subtle and very nasty bug’ that was so serious he marked rc1 as unsuitable for use.

“We had a very innocuous code cleanup and simplification that raised no red flags at all, but had a subtle and very nasty bug in it: swap files stopped working right. And they stopped working in a particularly bad way: the offset of the start of the swap file was lost,” Torvalds wrote in a March 3rd post to the Linux Kernel Mailing List.

Remember that day in March 2020 when you were asked to get the business working from home – tomorrow, if possible? Here's how that worked out

IT pros from orgs large and small tell The Reg the tech delivered, mostly, but couriers and home Wi-Fi suddenly became your problem

Covid Logfile Brianna Haley was given one day to be ready to roll out Zoom for 13,000 users at over 1,000 sites.

Haley* is a project analyst for a large healthcare provider that, as COVID-19 marched across the world in March 2020, realised imminent lockdowns meant it would soon be unable to consult with patients.

Time to fix those legacy evils, though.... right?

Column It is the monster which corrupts all it touches. It is an energy-sucking vampire that thrives on the pain it promotes. It cannot be killed, but grows afresh as each manifestation outdoes the last in awfulness and horror. It is Microsoft Exchange and its drooling minion, Outlook.

Let us start with the most numerous of its victims, the end users. Chances are, you are one. You may be numbed by lifelong exposure, your pain receptors and critical faculties burned out though years of corrosion. You might be like me, an habitual avoider whose work requirements periodically force its tentacles back in through the orifices.

Just when you thought it was safe to enjoy a beer: Beware the downloaded patch applied in haste

Let us tell you a tale of the Mailman's Apprentice

Who, Me? The weekend is over and Monday is here. Celebrate your IT prowess with another there-but-for-the-grace confession from the Who, Me? archives.

Our tale, from a reader the Regomiser has elected to dub "Simon", takes us back to the early part of this century and to an anonymous antipodean institution of learning.

The Biden administration has urged users of Microsoft's Exchange mail and messaging server to ensure they have not fallen victim to the recently-detected "Hafnium" attack on Exchange Server that Microsoft says originated in China.

BORK!BORK!BORK! Getting astronauts to the Moon or Mars is the least of NASA's problems. Persuading Microsoft Windows not to fall over along the way is apparently a far greater challenge.

Spotted by Register reader Scott during a visit to the otherwise excellent Space Center Houston, there is something all too real lurking within the mock-up of the Orion capsule in which NASA hopes to send its astronauts for jaunts beyond low Earth orbit.

The vehicle went four whole meters forward, turned 150 degrees to the left, then moved another two-and-a-half meters. The entire drive covered a whopping 6.5 m (21.3 feet) across Martian terrain. The journey took about 33 minutes.

The University of the Highlands and Islands (UHI) in Scotland is fending off "an ongoing cyber incident" that has shut down its campuses.

In a message to students and staff yesterday afternoon, the institution, which spans 13 locations across the northernmost part of the UK, warned that "most services" – including its Brightspace virtual learning environment – were affected.