An odd-looking Android 2.0 smartphone with an 8Mp camera just launched by Motorola in Korea will be launched globally, the company has confirmed.

The Motoroi “will be launched in other markets around the world”, Rick Wolochatiuk, Representative Director of Motorola Korea, told The Korea Herald. 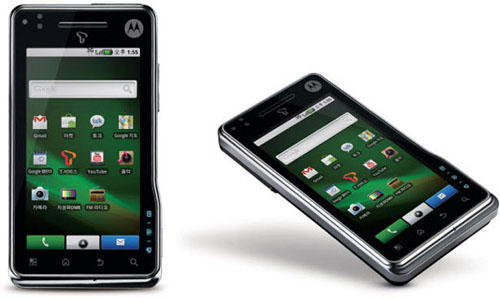 Wolochatiuk didn’t name the Motoroi’s UK launch date, though promised that the smartphone will hit North America in March.

Motoroi has a 3.7in touchscreen display, can be used as a 720p camcorder and has an HDMI port for connection to an HD TV. The phone supports 32GB and lower-capacity memory cards.

It’s possible that Motoroi’s name and specifications may change prior to any UK launch. The phone currently supports a terrestrial digital multimedia broadcasting service for use solely in Korea, for example. ®