Analysis Redmond's top legal mouthpiece Brad Smith is calling on US lawmakers to overhaul rules on cloud computing, just as the company ramps up its efforts to belatedly step on other vendors' toes in that marketplace.

He asked Congress yesterday to legislate cloud computing, in a move to protect business and consumer information.

Smith's comments came on the same day that Microsoft inked a deal with cloud rival Intuit, and spun out a survey about the relevance of small businesses climbing on board the hosted services wagon.

Microsoft's top lawyer proposed a Cloud Computing Advancement Act in a speech at the Brookings Institute in Washington DC on Wednesday. He also penned an op ed piece for the Huffington Post.

"While the benefits of these new [cloud computing] technologies are clear - accessing data at your fingertips whenever and wherever you want - these benefits also come with challenges. The recent security breaches reported by Google last week once again make this abundantly clear," he opined.

Smith then crossed his fingers and prayed for a sprinkling of fairy dust. 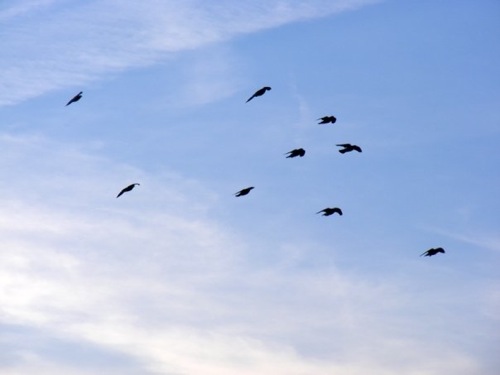 So many cloud vendors, so little time

"We need a safe and open cloud - a cloud that is protected from the efforts of thieves and hackers while also serving as an open source of information to all people around the world," he said.

The MS legal beagle then took on the role of rights advocate, by asking anyone who cared to listen if they understood online privacy law and what that meant for an individual's cloud-based data.

"Are you confident that your privacy is being protected? If you live in one country but your data is stored in another, whose laws govern?" he demanded to know. "These questions about privacy, security, and international sovereignty require immediate attention."

Microsoft, of course, has data centres dotted across the globe - holding exactly the sort of information Smith appears to be having sleepless nights about.

At the same time, Smith was keen to point out the validity of cloud computing - quite right too, given that Microsoft is finally making a play for all things fluffy.

But for customers to take Microsoft's efforts seriously, Smith thinks that the interwebulator needs to be better policed to keep the yobs out.

"The internet should not be a 'town square,' where anyone wandering the street can get a peek at what you are doing. But current law is not clear about how to deal with privacy concerns as they relate to the cloud. Users' privacy is something that businesses, governments, consumers, and other key stakeholders must seriously address," he said.

In effect, Microsoft wants some degree of consistency about how such a lockdown can be achieved across countries that have different regulatory concerns about how data and apps are hosted in the cloud.

Microsoft also wants to see the legislature of the US federal government overhaul the Computer Fraud and Abuse Act to hand police the tools to go after hackers and cut down instances of online-based crimes.

Add to that some "truth-in-cloud-computing principles", and a "pursuit of a new multilateral framework to address data access issues globally" and Microsoft pretty much has its very own manifesto on hosting info and apps on the web.

But its call to arms comes nearly a year after an Open Cloud Manifesto landed, led by old guard tech titan IBM.

At the time Microsoft snubbed any involvement in that particular “call to action for the worldwide cloud community”.

The reality is that different software vendors have very different ideas about how online data should be regulated. Microsoft can lobby Congress all it likes, and may have some powerful people making the right sort of noises in there to do it, but the company still has to get in line and form a queue with its rivals.

Until all the disparate parties shake hands (never gonna happen), it's hard to foresee a happy-ever-after up in the clouds.

After all, back down on earth, software makers large and small bump heads all the time over how the industry should be shaped and governed. Why should Microsoft, or anyone else for that matter, expect cloud computing to get an easy ride? ®