Sony Ericsson has historically only sold mobile phones, but now the firm has launched a camcorder that also makes voice calls.

OK, technically the Vivaz is a smartphone. But SE has equipped the mobile with HD video capture and video shortcut keys to market the mobile at anyone who feels the need to “record spontaneous moments and memories”.

The dedicated video key lets users quickly capture 720p quality videos, SE said, which can then be instantly uploaded onto YouTube over a 3G or Wi-Fi connection.

The 107 x 521 x 12.5mm mobile has a 3.2in touchscreen able to display videos stored on Micro SD memory cards – 16GB cards are the maximum the phone can handle. 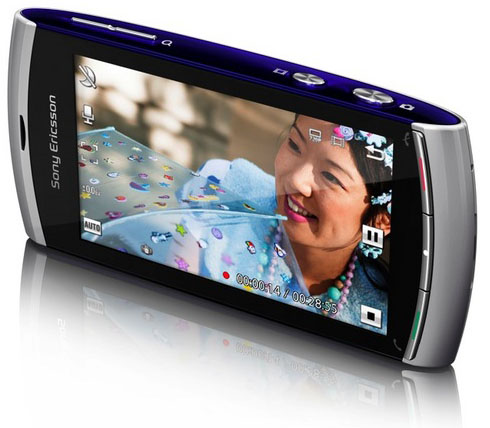 Other notable Viva features include handwriting recognition – useful for anyone who doesn’t like virtual keyboards — 3D games and Assisted GPS for navigation.

Sony Ericsson’s Vivaz phone will be available in selected markets – which we hope includes Blighty – before the end of March. Vivaz will ship in “Moon Silver”, “Cosmic Black”, “Galaxy Blue” and “Venus Ruby” bodies. A price hasn’t been disclosed. ®