Yet executives in entertainment and news over the past decade have made this much more difficult; the media's crisis is one of its own making. Over ten years, they've hollowed themselves out. Newspapers are now excellent lifestyle magazines, delivered in instalments on a daily basis. Their capability to provide us with something we didn't know, or couldn't find out, or give us new ways of thinking about something, is just not there any more.

Ten years ago you could be sure a broadsheet transport correspondent both knew his field technically and knew the business landscape, while a health correspondent could put the complex into context. I'm not even sure there are any transport correspondents any more, while the other specialists - if they are there - simply reprint press releases from industry, or from the tight-knit hairball of government, academia and pressure groups. A newspaper today is like Google News with the news taken out. 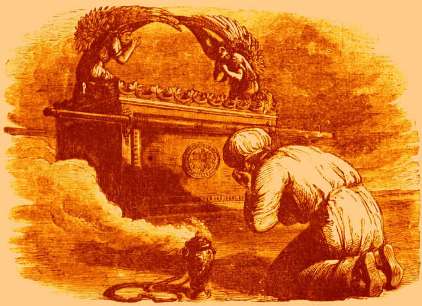 Similarly, as I pointed out yesterday, music executives have been finding lots of reasons for us not to give them our money. They also neglected physical formats and decided to 'compete with free' by giving away the crown jewels for nothing, although perhaps not to the same extent. But we now see Spotify lauded for (apparently) "reducing piracy", when its return is negligible.

For these industries to rescue themselves, they don't need Steve Jobs. They simply need to stop being idiotic. Nobody ever put a gun to a newspaper executive's head and instructed them to ruin their business. Take away the utopian religion and they can start to be rational again.

Now I appreciate there are subtleties here a broad brush can't capture. Every newspaper proprietor wants to drive the competition into the ground. Murdoch uses aggressive pricing. Echoing the US city newspaper monopolies, Rusbridger has already mooted a future where public subsidies fund 'quality journalism'. A translation of that is "we're a commercial basket case, please give us a tax handout". I find it hard to believe that with the nation utterly broke, politicians will look upon this request with sympathy. What I can say with certainty is that they're not going to call it correctly.

Looking back at my own tech predictions, as well as other people's, there's a consistent theme. My worst call in the past ten years, for example, was expecting smartphones to become much bigger and broader than they have. I should have anticipated physical constraints, crappy UIs, and dodgy and late network infrastucture.

But I downplayed all of these in my estimates, because I wanted them to succeed. I thought it would be a good thing if they did succeed. But things don't work like that. Oops. Epic Fail. Similarly, sky high expectations of Linux were powered by the deep desire that Microsoft go away. Linux is very good now, and better than ever - but the expectations were pure wishful thinking.

Because media people think Apple's iTablet will save them, you can safely disregard everything that's been written, or will be written, by large media companies about the launch tomorrow. ®