An extremely rare model of the world’s first commercially produced camera will be auctioned later this year. 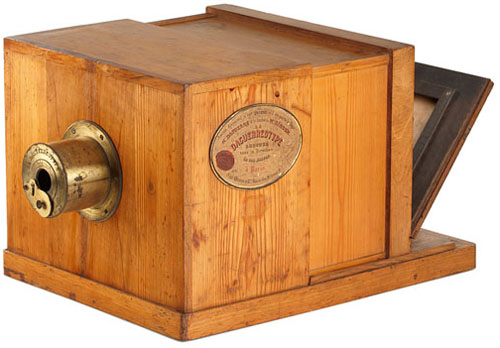 Unofficially referred to as the Daguerreotype camera, the shooter has a sliding or “double box” body.

The photographer achieves a fixed focus by pulling the smaller inner box away from the front-mounted 15in “achromatic landscape lens”.

Image exposure time takes anywhere between three and 30 minutes – depending on light intensity – and greyish stills are the standard.

The camera is described as being in “excellent original condition” and comes with the original 24-page instruction manual, written in German.

If you can’t stretch to 600 grand for a camera that doesn’t even feature facial recognition, geo-tagging or interchangeable lenses, fear not. The Daguerreotype’s manual will soon be translated into numerous languages and published alongside the original blueprint. ®