Citrix has been demonstrating Windows 7 running on an iPad, as a dumb client at least, while a Finn has hacked OSX to the N900 for no very good reason.

Images of Apple's iPad running Windows 7 have been floating around the internet thanks to Citrix, which has got its dumb-terminal Windows client running for the BOFH who wants to wander around annoying Mac fans.

Meanwhile, a Finnish hacker has created a port of OSX (10.3) for the Nokia N900, which (thanks to judicious use of hardware emulation) takes well over an hour to boot.

Putting Windows on the iPad is little short of insane, but Citrix already has dumb-client software running on the iPhone so the fact that it works rather well on the iPad is no great surprise. It's such a niche application that even Citrix is polling on its blog to see if anyone really wants it, but more importantly, it provides screenshots of Windows running on an iPad which certainly catch the eye: 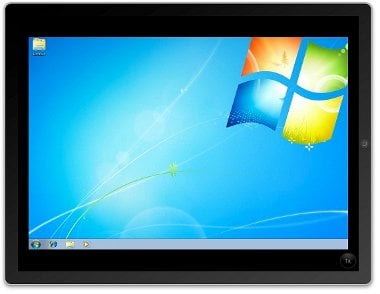 Windows 7 via Citrix Receiver and XenDesktop 4

That's an emulator of course; even Citrix doesn't have any real hardware yet, but the idea of a light wireless pad Windows remote control is attractive; so attractive that it's been tried before, in the form of Windows Sideshow and various preceding technologies that promised to take the windows desktop onto a slate-like device. But the iPad is probably the hardware best suited, even if it's not quite what Steve Jobs had in mind for his latest baby.

It's also safe to say that OSX isn't the operating system Nokia had in mind for the Linux-based N900 tablet phone, but that hasn't stopped Toni Nikkanen using hardware emulation to get the Apple OS running on it despite the fast that getting to the "About my Mac" screen now takes a couple of hours as the following (heavily edited) video demonstrates:

Pointless technology is, to our mind, the best technology, and both these projects are pretty pointless. But it is possible that remote access to Windows 7 from an iPad will appeal to some, while no one is really going to wait two hours to see their N900 running OSX. So today's award for the most pointless OS port has to go to Mr Nikkanen - though even he is some way off from our all time winner: ZX81 emulation on the ZX80, which takes some beating. ®