What a difference extra inches make

Review It took Amazon's Kindle 2 a good while to escape from Uncle Sam's backyard but less than three months more for the international version of the Kindle DX to arrive. Before we even laid hands on the DX we knew it was both bigger and more expensive, but is it any better?

The most obvious difference between the DX and Amazon's lesser Kindles is the larger screen. Like the standard Kindle, the DX uses an E Ink display, but it's a 9.7in unit with a resolution of 1200 x 824 rather than the basic Kindle's 6in, 600 x 800 panel. 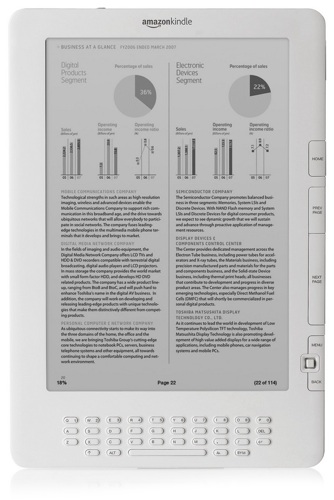 Amazon's Kindle DX: the size e-book readers should be?

Though larger, the DX's screen actually has a lower pixels per inch figure - 150 vs 167 - but the difference is indiscernible to the eye. In every way, the DX's larger screen makes for a much better reading experience than that provided by any other e-book reader we have tested.

Because the DX has followed so hard on the heels of the Kindle 2, Register Hardware found itself with both devices in its clammy grip at the same time, allowing for a direct comparison. While the screens look the same in terms of contrast and shade, there's no doubt that the DX changes pages with a far less obvious grey-to-black-and-back-again flash.

To appreciate just how much more acreage those extra 3.7 inches actually create, you have to put the DX side by side with a 6in e-book reader. It then becomes obvious that the DX's screen has more than two-and-a-half times the surface area. The main advantage of the increased space is that you can crank up the text size but still experience the same structured page layout that you see when reading a traditional book. 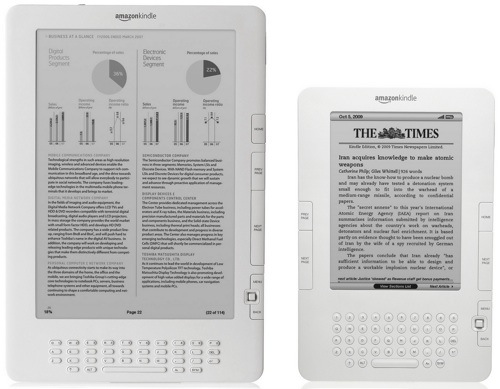 The bigger screen makes a world of difference

Another advantage of the larger screen page became clear when we downloaded the copy of The Lord of the Rings that we purchased as part of our test of the 6in Kindle: the maps were now legible, even the fiddly one giving details of the topography of Gondor.