A British singer-songwriter was spotted at the US Grammy Awards this week wearing a hi-tech dress that displays Twitter posts. 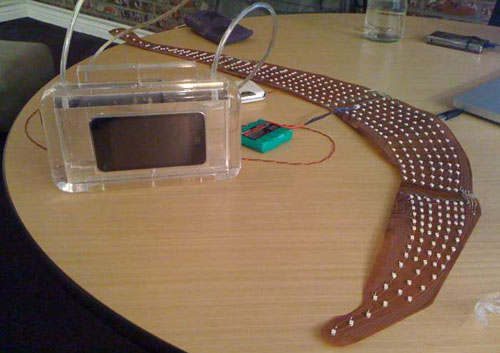 Each time a fan sent her a Tweet, a wireless modem hidden inside the electronic apparel relayed the message to the necklace, which spelled out the worlds out using a matrix of LEDs.

The e-frock was also connected to an iPhone ‘handbag’, which Heap used to show people pictures that fans had sent her online.

According to reports, Heap dreamed up the dress so that her fans could come with her to the Grammys "embedded with Imogen".