Apple may have decided against the appellation 'iTablet' - one of the rumoured names for the product now known as the iPad - but that hasn't stopped UK computer supplier X2 claiming the name for its own.

The iTablet range comprises at least two models: one with a 12in, 1024 x 768 display, the other with a 10.2in screen of the same resolution. Both are based on Intel chips clocked at "up to 1.6GHz with 2GB of cache". 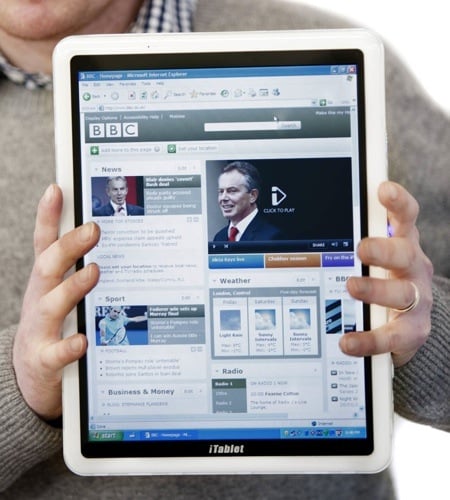 X2's iTablet: has everything the iPad lacks?

Which chip precisely? X2 wouldn't say, but told Reg Hardware that full technical details will be posted in a few weeks' time.

But the iTablet runs a full-scale, multi-tasking OS: Windows 7.

The iTablet line will go on sale in April, X2 said, and be available in a range of solid and metallic colours including white, grey, pink, blue, red, yellow and black. X2 is keeping mum about the pricing. ®

No longer a corpo behemoth holdout