Media player maker Archos has posted a full Linux distro that will run on its Archos 5 machine.

The 5 ships with Android as standard, but open sourcerers can download a special, emebedded build of Angstrom Linux and use it to replace the Google OS. 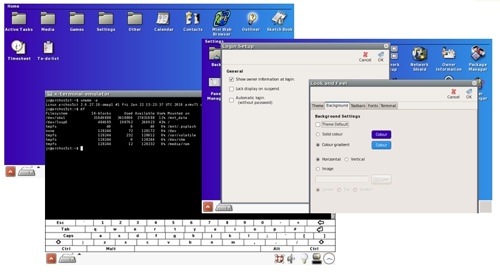 However, Archos said this is "special developer edition firmware" and warned that the operating system "consists of proof-of-concept software intended for experienced software developers only.

"If you are not a programmer/developer and would just like to try it out, understand that it will have capabilities inferior to that of the standard Archos operating system."

Angstrom was ported to the Archos platform late in 2009, but this is first time Archos has itself made the OS available to users. Angstrom was specifically developed for handheld devices, set-top boxes and the like.

Archos has provided the firmware as a standard software update, but cautioned that installation will remove Android and all Archos media software.

Android can be restored by booting the 5 into USB Mass Storage mode and copying over a .AOS firmware file from a connected PC. ®