Sun-gazing sat heads for the heavens 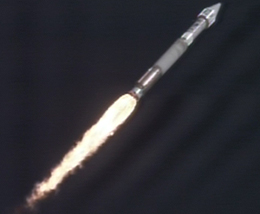 SDO was carried aloft by an Atlas V rocket (see pic) en route to its final inclined geosynchronous orbit at around 36,000 km from Earth. Once there, it will set about its five-year mission to "determine how the Sun’s magnetic field is generated, structured, and converted into violent solar events like turbulent solar wind, solar flares, and Coronal Mass Ejections".

NASA hopes SDO will enhance our understanding of "space weather", and allow Earth to anticipate and "mitigate" the effects of solar activity, which can include knocking out satellites, affecting power grids and disrupting television and telecoms systems.

SDO programme scientist Lika Guhathakurta said: "It is going to revolutionise our view of the Sun and it will reveal how solar activity affects our planet, and help us anticipate what lies ahead.

"It will observe the Sun faster, deeper and in greater detail than any previous observations, breaking barriers of time, scale and clarity that have long blocked progress in solar physics." 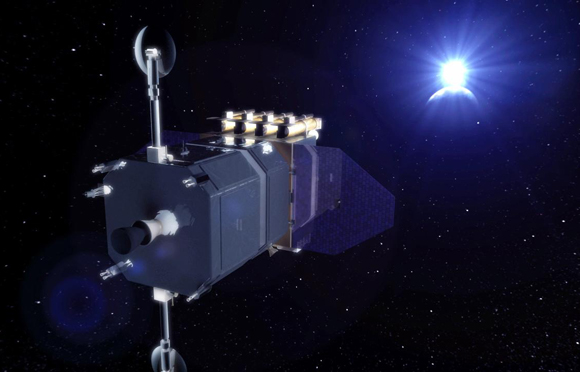 SDO has a trio of instruments - the Atmospheric Imaging Assembly (AIA), the Extreme Ultraviolet Variability Experiment (EVE), and the Helioseismic and Magnetic Imager (HMI).

AIA will take hi-res pics of "different layers in the sun’s atmosphere to further understand how changing solar magnetic fields release the energy that heats the solar corona and creates flares".

It will "snap a full disk image in 8 wavelengths every 10 seconds" with a resolution of 4096 x 4096 px, or "almost IMAX quality". It has four telescopes each capable of discerning detail as small as 725 km.

EVE is designed to gauge the Sun’s extreme ultraviolet (EUV) brightness as often as every ten seconds. The instrument will provide space weather forecasters with "warnings of communications and navigation outages" provoked by sudden EUV surges.

SDO's data will be sent to a dedicated ground station at New Mexico's White Sands Complex at a daily rate of around 1.5 terabytes, the equivalent of "downloading half a million songs each day", as NASA puts it.