Does it justify the premium?

Review The Pavilion Elite HPE-180 stands at the pinnacle of the HP's home PC line-up and sports spec to match. It has a 2.80GHz Intel Core i7-860 processor, 8GB of DDR 3 memory, a Blu-ray combo drive and, to make use of all that memory, 64-bit Windows 7 Home Premium. 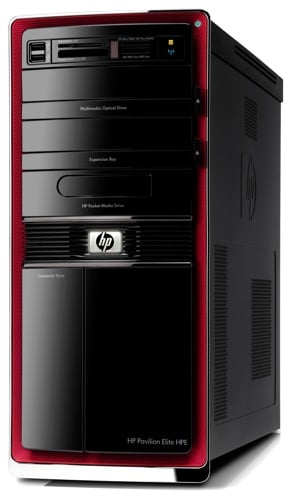 There’s a question mark hanging over the unbranded "special edition" Nvidia GeForce GTX 260 graphics card as it only supports DirectX 10. That’s something of a shame as AMD has a range of DirectX 11 cards. So from the start, the HPE-180 isn't quite as elite as its branding - and more importantly, its price - might suggest.

You won't be able to tell from the photos but the front of the case is well endowed with ports and connectors as they are covered by flaps and stealth doors.

At the top of the case there's a four-slot card reader and two USB 2.0 ports. Below that there is the Hitachi-made optical drive that will play Blu-ray movies and write regular DVDs at 16x speed, and is tucked into a bay labelled ‘Multimedia Optical Drive’.

Below it sits a second drive bay that is available for upgrades and so marked as the Elite's ‘Expansion bay’. That's would seem self-explanatory but we did need help identifying the third bay which is for an HP Pocket Media Drive. 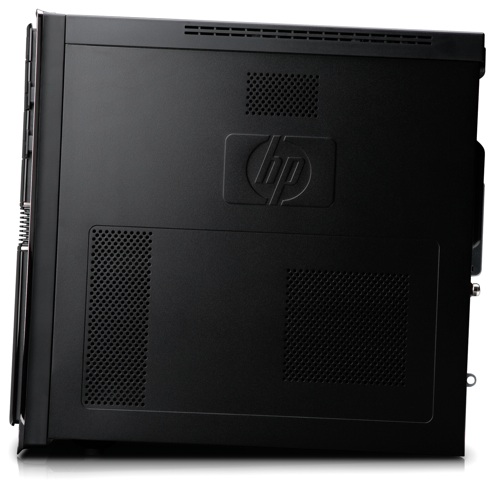 Truth be told, we’ve never used a Pocket Drive - although we have seen photos and read about them - and we doubt they feature large in your life either. This type of feature sounds good if you buy into the Apple/Sony/Linn everything-from-one-vendor approach, but most of us would be happy with an external USB drive.