The N220’s posting in PCMark05’s CPU and Memory tests were comparable to the other N450 netbooks we’ve tested, but the HDD score of 3818 was lower than expected. Initially, we suspected a 4200rpm drive was the culprit, but the 250GB Samsung HM250HI is indeed a 5400rpm model. Meanwhile, the Intel on-processor GMA3150 graphics hauled the N220 kicking and screaming through 3DMark06, ending up with a score of 158.

During these tests the left side of the keyboard got a little warm, but the fan remained whisper quiet throughout. 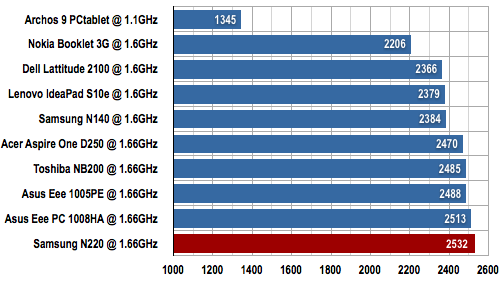 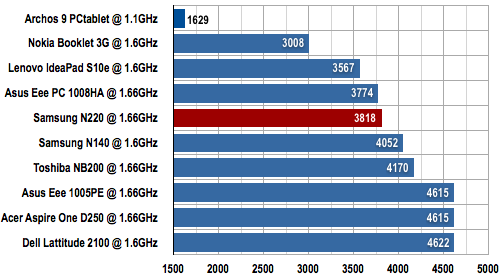 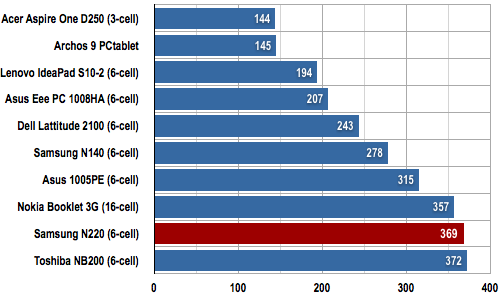