Parliament isn’t the place where climate sceptics go to make friends. Just over a year ago, just three MPs voted against the Climate Act, with 463 supporting it. But events took a surprising turn at Parliament’s first Climategate hearing yesterday.

MPs who began by roasting sceptics in a bath of warm sarcasm for half an hour were, a mere two hours later, asking why the University of East Anglia’s enquiry into the climate scandal wasn’t broader, and wasn’t questioning “the science” of climate change. That’s further than any sceptic witness had gone.

In between, they’d wrought an admission from CRU director Phil Jones that he’d written some awful emails, and that during peer review nobody had ever asked to see his raw data or methods.

Perhaps the Honourable Members had noticed an incongruity. The Vice Chancellor of East Anglia, with Jones seated next to him, had said CRU had made a significant contribution to the human scientific understanding of climate change. Yet the practices of CRU looked more tatty and indefensible as the hearing went on. How could CRU be crucial to the science, but the science could not be discussed? Something was not quite right.

The final report, expected before the election, may not reflect the events of the day. But it’s worth recording. The shift was down to Graham Stringer BSc, an analytical chemist and the only scientist on the MPs' committee.

Lugubrious might be a word invented especially for Stringer, who had run Manchester for 12 years before becoming an MP in 1997. He’d shunned the glamour of high office, and become a local hero back home by campaigning against the Manchester congestion charge. 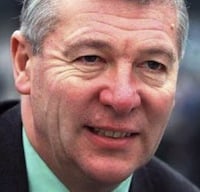 But Stringer had done his homework, and through patience and dogged persistence, he began to swing the chairman behind him. Mirroring the collapse in public sympathy for climate science since the scandal broke, the stalwarts so vocal at 3pm were silent by the close.

The last half hour, in which three of the biggest global warming advocates assured the Committee to keep calm, don’t panic, and carry on - had a slightly surreal air to it.

Science Select Committee chair Phil Willis, who’s stepping down at the election, acknowledged the phenomenal global interest in the hearing. Sceptics had feared that with the two critics on first it would be a whitewash. It didn’t go according to script.

Phil Jones appeared drawn and nervous, with the University Vice Chancellor Edward Acton at his side. A succession of sympathetic questions from MP Ian Stewart (Lab, Wigan) allowed Jones to state his prepared defence.

If temperature code and data wasn’t available from CRU, Jones said, it was available from NASA and NOAA in the United States. The “hide the decline” statement, where the team had replaced wayward proxy temperature data with instrumented data, was immaterial: all temperature series showed similar increases since the 19th Century. And the softest of softballs from Stewart – are the last three decades the highest since modern instrumentation? – gave Jones the chance to agree. Yes, the last three decades are the highest since the Thames ice fairs of the Regency era. (“Since records began” sounds so much better.)

Graham Stringer (Lab) opened up with a “it's nice to meet you having read all your emails over the past few days”.

Next page: 'It's not rocket science'
Page: