Review Your possible reason for buying this camera may have changed fairly recently. The EOS 7D would have been the only way to get 'standard' and 'film' frame rates from a Canon DSLR product in HD, but no more. There is a new model which offers very much the same video functionality and output for a fraction of the cost, the Canon EOS 550D – more on this later. 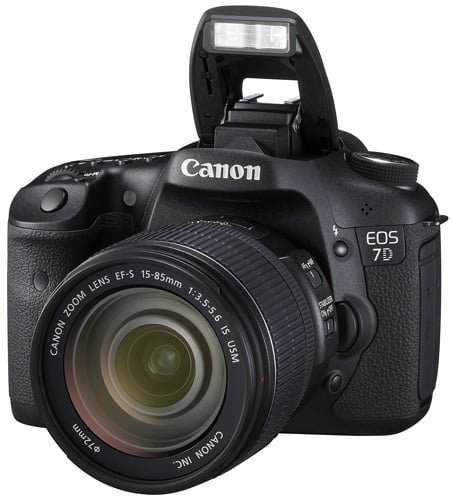 Canon is well aware that some filmmakers and news gatherers would like to shoot with its stills cameras. It seems providing this feature on the EOS 5D Mark II was just testing the water – as one of its professional full frame DSLR's was given a single HD video frame rate (30p) @ 1920x1080. Step back, and see how it goes. It goes very well; picked up by all sorts of people to whom shallow depth of field composition would help tell their story.

With the EOS 7D Canon has decided to release what surely is a natural progression; a multi frame rate video camera that also produces beautiful stills, albeit with a smaller sensor with a 1.6x crop factor. The 7D is pitched at the same audience that bought into the filmmaking capabilities of the 5D Mark II and while there was also the EOS 500D, which offered a rather strange 20fps @ 1080p, obviously the timing wasn't right, in more ways than one.

Canon has announced a firmware upgrade to address the 5D's lack of choice. Given its bigger sensor, there are plenty of people hoping they will get the same frame rates as with the 7D. Now, at least there is an estimated time for a release in mid-March, as there was no sign of it here and given the time taken to get this far, no doubt many will have tired of waiting and have plumped for the very capable, cheaper and sturdy EOS 7D. 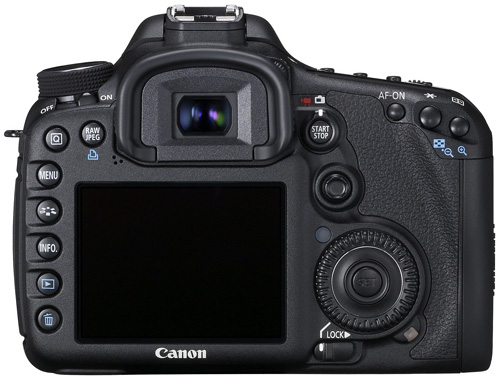 Designed to be in yer face, with its easy access to function buttons when shooting

The EOS 550D, which has a similar sensor in terms of dimensions, but only one processor instead of two in the 7D – the second processor is for stills, not video – will do all the frame rates that the 7D does, at a fraction of its cost. Why? One can only guess that this is all about competitive edge, and that Canon is keen to test how important video is in this area of the market.