The large 3in diagonal polysilicon LCD screen on the back of the camera has a resolution of 921,600 dots and a 170-degree viewing angle. With this display resolution, resorting to screen magnification for accurate focusing is flawless. Although the brightness cannot be set to automatically adjust to external lighting conditions, it can be manually regulated by ± 7 values to fit any situation. 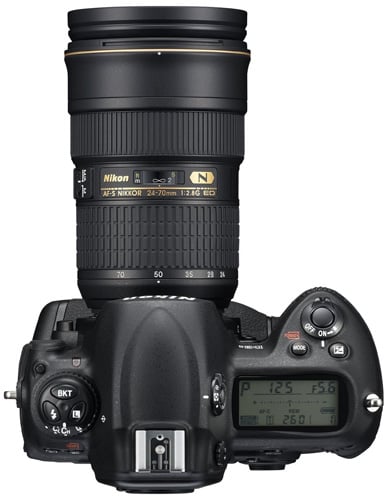 The camera also has two basic LCD readouts, one just below the main screen and one on the top plate of the camera, for quick data and settings viewing. Another useful feature borrowed from the D3 is the Virtual Horizon. When this option is turned on a compass-like image appears on the rear screen showing the inclination of the camera against the horizontal axis of the horizon. If you do not want to take your eyes from the viewfinder you can instead use a camera tilt indicator in the viewfinder or on the top plate LCD screen, which gives you a measure of the camera tilt in similar fashion to an exposure meter.

With the D3s, Nikon has given preference to the actual pixel size over pixel count, but added a few tweaks to the internal structure and microlenses to offer even better light gathering capabilities. Indeed, the D3s noise performance is truly exceptional. Even at 12800 ISO the image is incredibly sharp and the level of noise is more than acceptable. The in-camera noise-reduction delivers, as always with Nikon, pleasantly balanced results without over-smudging or over-sharpening. The incredibly wide sensitivity range of 200 to 12800 ISO plus 3 Hi stops, that boosts it up to the equivalent of ISO 102400, has certainly made the headlines.

Yet, what really impressed me is the consistency of the image quality and colour reproduction across the whole sensitivity range, something few cameras manage. Obviously, things change at the highest boosts – where noise and colour fringing suddenly creep in. Yet even at the highest setting of 102400, images are still usable, albeit very gritty. Arguably, the highest boosts (Hi1 to Hi3) are there for the ‘wow’ factor more than anything else. At ISO 102400 the camera can shoot in almost total darkness and capture more detail than the human eye. No doubt, photojournalists would readily trade off high levels of noise to capture that exclusive image.

For data handling and in-camera processing the D3s relies on the well-tested EXPEED engine, which is now optimised for speed and offers a 14-bit A/D conversion and a 16-bit image-processing pipeline. The D3s is built for speed delivering outstanding workflow performance at every shooting stage. It starts up in 0.12 seconds and shutter release time lag is basically non-existent – apparently, 0.04 secs. 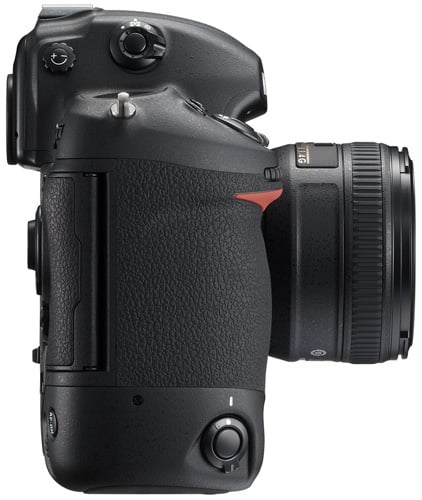 The D3s also sports an increased buffer memory compared to the original D3, which, in addition to the remarkable burst of continuous shooting of 9 frames per second in FX format (11 fps in DX format) shared with its predecessor, it now allows for new burst depth. Depending on the type of file compression used, burst depth can reach 35-44 frames in RAW or TIFF format and 119-130 in JPEG. Most importantly, the camera’s continuous shooting performs steadily at all aperture settings in a way that has never been possible before. This alone might convince sports and wildlife photographers that £4200 is a small price to pay for this level of performance.