A lost, broken-down solar/nuclear robot rover left on the Moon by the Soviet space programme - and nowadays owned by a wealthy computer game developer and space tourist - has been precisely located by NASA's new moon-mapping satellite. 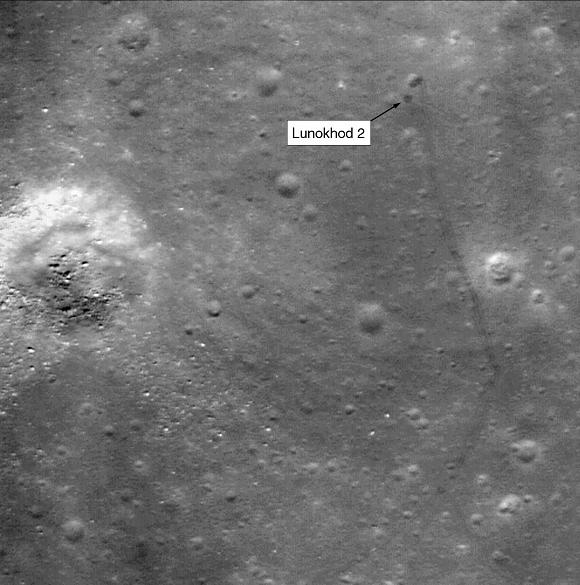 The Lunokhod-2 rover was despatched to the Moon in 1973, during the era of competition in space between the USA and the Soviets. It used a hinged solar panel to charge its batteries for moving about during the lunar day, but such a vehicle could never survive the chilly, two-week-long lunar nights unaided. A Polonium-210 radioisotope heater was provided to keep Lunokhod alive once the sun had set.

The rover spent five Earth months successfully driving across the surface of the Mare Serenitatis, rolling along with stops to recharge batteries in the daytime and hibernating in the warmth of its internal nuclear fires at night. Its 37km track is the longest ever left by the machines of humanity on an extraterrestrial body, comfortably eclipsing even the Lazarus-like latter day NASA rovers of Mars.

Next page: 'Ivan, you fool, we're in a crater! Curse these imperialist photo maps!'
Page:
Tips and corrections
63 Comments