Yes, Internet Explorer is on the wane in Europe

Redmond introduced its ballot screen on March 1, after settling an antitrust complaint with the European Commission, and in a blog post, Quantcast says that March 1 was the last day IE handled a majority of Europe's web traffic. IE's share may have dropped as much as 5 per cent in the three weeks since: 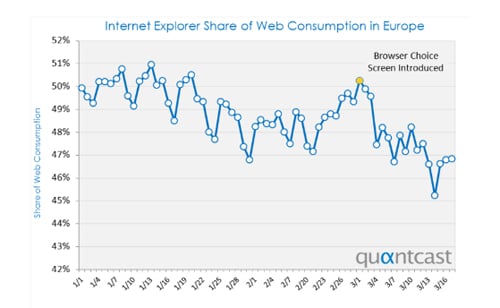 According to the firm's preliminary numbers, Mozilla's Firefox is the main beneficiary of Microsoft's slide. "Recent data suggests that Mozilla's Firefox has seen the largest boost from the choice screen, but we'll have to wait a little longer to see the full impact of the forced choice on Microsoft's share," Quantcast says: 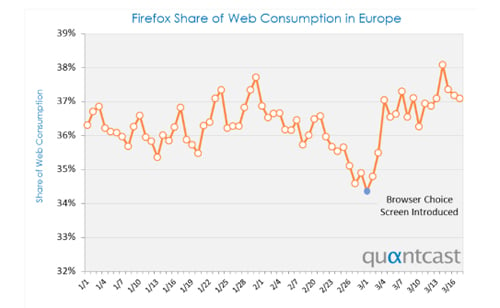 But Statcounter's overall European numbers indicate that IE's share has held steady over the past month: 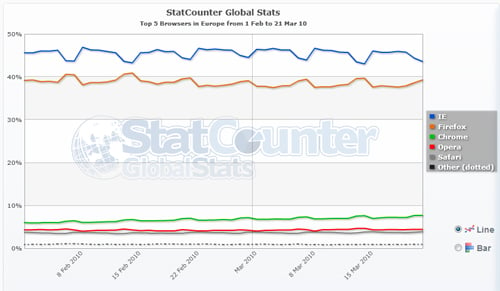 As Betanews points out, Internet Explorer's share did take a dip over this past weekend, but it takes a dip every weekend, as users leave their work machines for their home machines.