Samsung has taken the wraps off its latest Android smartphone - the Galaxy S, based on version 2.1 of the Google mobile OS. 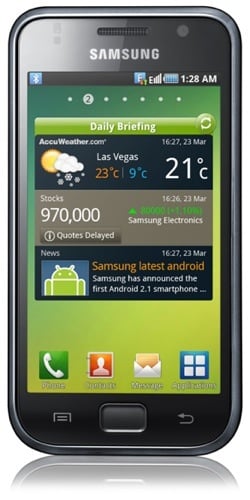 Samsung's Galaxy S: Android 2.1 on board

The phone's "Social Hub" brings together in all your social networking connections.

The Galaxy S has a 1GHz processor powering all this, though Samsung didn't name the type. It has 16GB of on-board storage, expandable with Micro SDHC cards of up to 32GB capacity.

The phone will communicate by 802.11n Wi-Fi and Bluetooth 3.0, though it's not the first handset with these capabilities that Samsung has announced. That prize goes to the Bada OS-based Wave, unveiled in February. 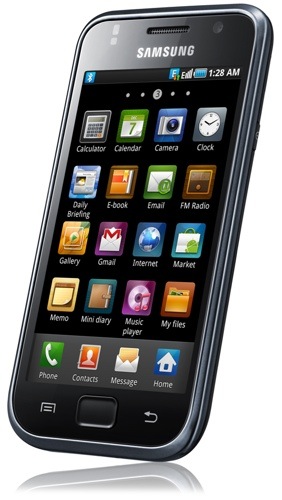 Samsung said it will be available soon. ®