BT mops up after flood and fire

BT is restoring power to a central London network node that disastrously flooded and caught fire yesterday, but remains unable to say when services will return. 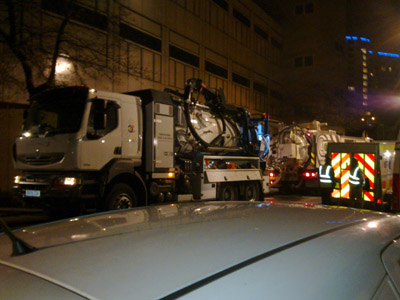 The incident at Burne House in north Paddington crippled landlines, broadband and mobile services across the west of the capital. More than 430 local exchanges are connected to the site, so connectivity was also affected across swathes of the south east and further afield.

"The flood water has been removed from the exchange building overnight and power supply has begun to be restored," BT said this morning.

"We are now beginning to restore communications services to customers and this work will continue throughout the day."

Disconnected customers who need the emergency services should try their mobile or a neighbour's landline, BT recommended. 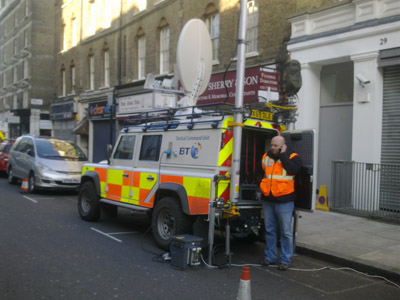 Inaptly-named local Reg reader Paul Dry was told by BT workers at Burne House last night that the flood water had reached several feet deep. Paul's exclusive on-the-spot images show the pumps arriving last night and no major damage to the building, so this marvel of 1970s-GDR-style will be preserved for future generations of north west Londoners.

His pictures also show BT dispatched its elite "Tactical Command Unit" and a man with an apparently working mobile phone to the site.

The impact of the great torrent/inferno was even felt on the continent. Reg reader Matt reports roaming for Vodafone, O2 and 3 customers in Austria is currently down, with operators pointing the finger at Paddington. ®