Review There's no denying that HTC's slightly long in the tooth - it first appeared back in June 2009 - is something of a brute and it's easily the biggest and heaviest device in our test, though it does its best to hide this with its nicely curved edges. 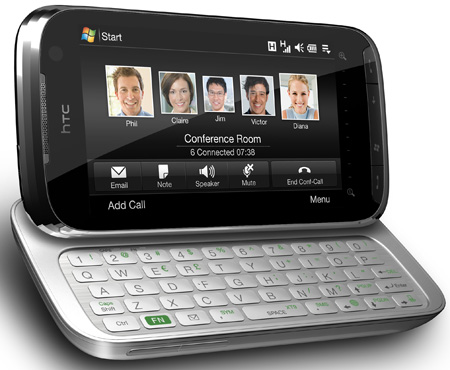 But there are times when size matters, and an easy-to-use Qwerty keyboard is certainly one of them. The Pro 2's keyboard has a mammoth five lines with 49 backlit keys, including dedicated number and arrow keys, each of them nicely spaced and gently raised so that they're easy to find without looking.

There's a trick to the large 3.6in touchscreen too which can be viewed flat or swivelled to a 45° angle, which allows you (just about) to set it on a desk and type on it like a laptop.

Its size also helps with its Straight Talk conference calling feature. Place the phone face down on a desk and its large speaker and microphone on the rear are enabled for conference calls, if your network supports them.

The Touch Pro 2 runs the ageing Windows Mobile 6.1 but adds an additional skin over the top in the shape of HTC's own, acclaimed TouchFlo 3D user interface with its intuitive scrollable menus and fun graphics. ® 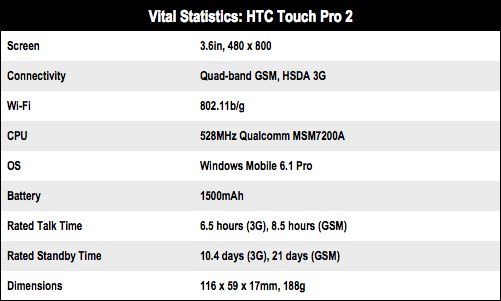 This is very much a business beast, but it remains the daddy of mobile Qwerty smartphones.
Price: From Free on contract. Sim free: £450 RRP
More Info: HTC's Touch Pro 2 page
Corrections
5 Comments