Hey. Maybe this could be useful...

Comment It hasn't taken long for the iPad to be seen as a bit more than a pointless and expensive luxury lifestyle accessory. Just nine weeks - and in that time the hardware spec hasn't changed at all.

But last week's iPhone 4.0 preview, which isn't due on the iPad until autumn, already makes it look much more attractive as a netbook or laptop replacement than it did on Wednesday.

I'll admit I truly loathe netbooks. When the first models emerged at least they had their size going for them. Now they're bigger and more expensive, but mostly dog slow.

Size and weight matters to me, and the iPad has had these advantages from the start. The disadvantages of an iPad over a laptop were many, but the lack of multitasking was the biggest. That's been fixed now - at least well enough so most people don't notice.

Lack of a physical keyboard is another problem, but iPhone 4.0 gets proper third-party Bluetooth keyboard support. Apple's official keyboard accessory, the 'iPad Keyboard Dock', is very unlike-Apple. It can only be used on a flat surface, and doesn't look toddler proof: it places a lot of strain on a fragile connection. The Apple Wireless Keyboard will work, but it's a generic device. It doesn't make typing on your lap practical, as a custom-designed keyboard might*. 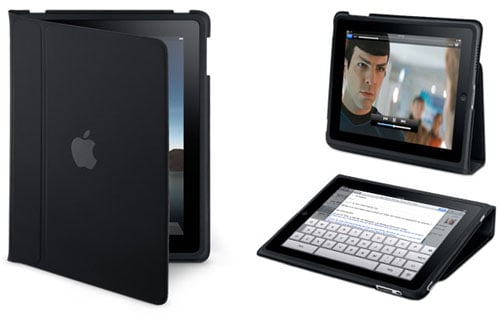 Even with the sleeve, it's less obtrusive than most laptops

But the iPad has gained VPN support and crypto, two strong candidates for grown-up computing. Whether any of the iPhone OS ssh clients can now sprout standard features such as port forwarding remains to be seen. I have no fear of jailbreaking to get at such raw features, but plenty of people quite understandably do.

True, but Apple's method gets weary and RSI-inducing very quickly. Remember that most of us, most of the time, switch between just two tasks. iPhone OS 4.0 lacks a quick gesture to achieve this. 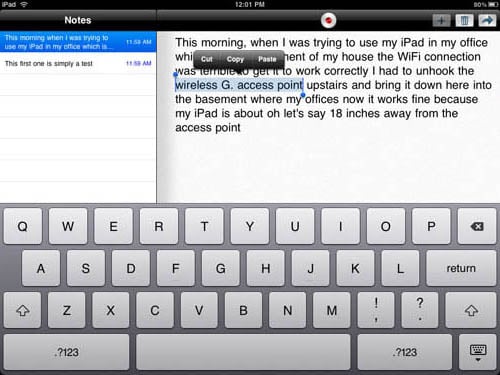 Our Rik tries out Dragon Dictation

But I think with the OS update, the iPad will be finding its way into potential buying decisions in a way it didn't at launch. 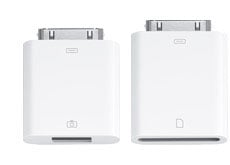 Uh, no. Give me real USB

In January I had three good reasons to dismiss it as a laptop alternative: price, multitasking and the lack of a USB port. I consider the latter an essential gateway to a wider world of hardware such as cameras, card readers, controllers and things we haven't thought of yet.

Well, USB obviously isn't going to be fixed in this year's model, and may never be. It clashes with the purity, or puritanism, of the Steve approach. Multitasking has been fixed. The price for UK users still hasn't been revealed - so that's a variable. Obviously I'm not going to be writing a book on an iPad. But quite unexpectedly, it's looking like a useful bit of daily computing kit.

What are your deal breakers? ®

*In the past ten years I've tried every Bluetooth keyboard going and paired it with a smartphone. Each time, against my better judgement, I thought it might work. They were all more trouble than they were worth.