The US military appears to have temporarily given up on exotic scramjet powered hyper-plane and -missile notions for the purpose of suddenly blowing things up at short notice anywhere in the world. Rather, Pentagon boffins are now re-examining a plan once considered by the Nazis for the purpose of bombing America. 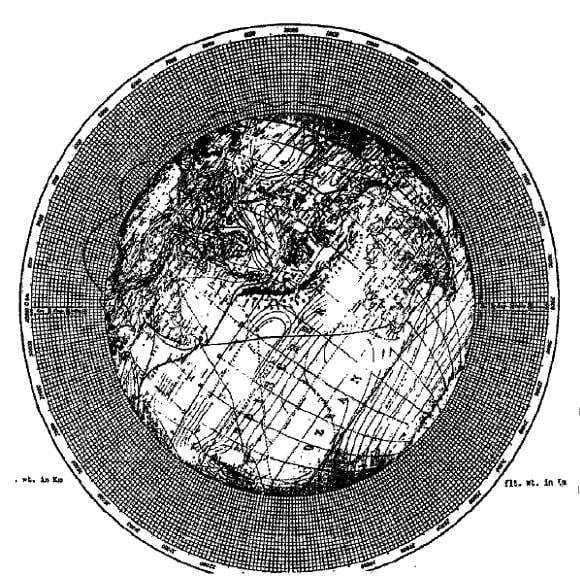 Ha - Take that, Amerikaner pigdogs! What do you mean, they didn't notice?

The boffins in question are our old friends at DARPA, the US military asylum for mad scientists, who see further into the future of warfare by standing on the shoulders of giants - if necessary, immense robot colossi or genetically engineered titanoid abominations of their own manufacture. In this case, however, they seem to be following a more conventional Isaac Newton-style policy of basing their work on that of great past practitioners in their field.

Very few groups have been more illustrious in the field of mad futuristic weapons than the Nazi rocketeers of World War II, and thus it is no surprise to find DARPA making a new push to resurrect one of their notions: that of the Boost-Glide extra-atmospheric suborbital weapons platform.

German boffins of the 1940s developed detailed plans (pdf) for a so-called Silbervogel ("Silver Bird") rocket bomber which would have soared high into space and then travelled many thousands of miles by skipping like a flung stone on water around the top of the atmosphere. It was thought by its designers that the amazing machine might be able to circumnavigate the globe like this, dropping off a bomb en route as it sailed above America; or at any rate make a landing in Japanese-held territory after such a raid. These abilities led to it being dubbed the "antipodal bomber" in some circles.

The Silbervogel plan was considered as part of Nazi aspirations to mount strikes against the USA - the so called "Amerika Bomber" project - but never actually flew. However the plans caused a good deal of activity by the rival superpowers after the war: perhaps most famously the X-20 Dyna-Soar project in the US, which would have used a Silbervogel-esque flight profile for global strike or surveillance missions. The X-20 would have launched vertically atop a conventional throwaway rocket; its Nazi predecessor was to be fired into the air by a powerful rocket catapult/sled affair running on rails.

In the event the X-20 didn't get off the ground either, but a rather less well-known Boost/Glide platform eventually did, namely the unmanned Boost Glide Re-entry Vehicle test of 1968. The BGRV lifted into space from Vandenberg airforce base in California atop an Atlas F missile rocket and re-entered over the Pacific, eventually splashing down in the vicinity of Wake Island some 3,000 miles away.

Next page: Project Arc Light rides again? What, you mean the one from Vietnam?
Page: