Review The SG41J1 is part of Shuttle's entry-level J series of barebones systems so you’ll be building this PC yourself. Provided you can live with fairly basic integrated graphics you’ll need to supply an LGA775 Intel Core 2 processor, DDR 2 memory, a hard drive and an operating system, plus mouse, keyboard, speakers and a display. 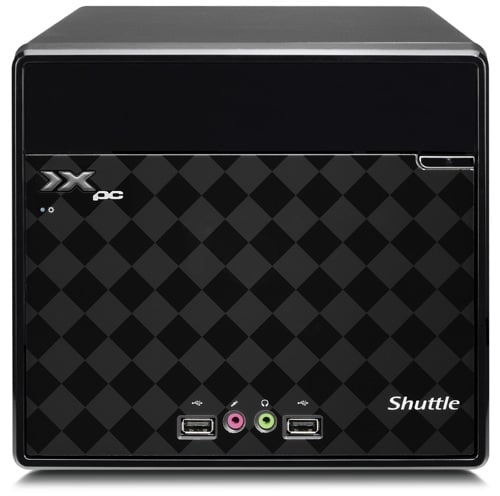 You get an idea about the retro nature of the SG41J1 when you look in the package and find a bracket that carries a serial port and a parallel port.

I tested the Shuttle with a 3.16GHz Core 2 Duo E8500, 4GB of 800MHz DDR 2, a Blu-ray Rom drive and a 30GB Kingston SSD drive and found the build was quick and easy. Unlike more expensive Shuttles, the SG41J1 doesn’t come with the company's quiet ICE cooling module. With no access to the back of the motherboard, a standard Intel CPU cooler is the obvious choice. In the test system, said cooler generated most of the PC's noise.

Shuttle PCs were once considered to be the acme of compact desktop computing and while the SG41J1 is smaller than a regular tower it's relatively bulky by the standards of the other machines submitted for testing. The cost of the system is relatively high too given you have to add so much to it yourself. ® 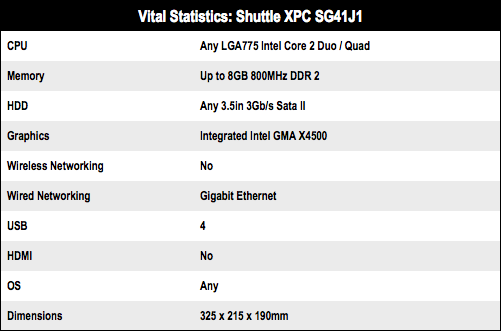 It’s 64-bit or nothing for PC-makers from now on. And face it, this isn't the year of Linux on the desktop

Yeah, yeah, PCs are dead? Ask Texan Mick and his Dell empire if that's the case

Computers bring home the bacon for US biz in Q2

Poll Data harvest notice will be checked by default

Europe's home PC buyers reach for their collective smartphone, sigh: We don't need a new desktop. This is a computer, right?