One thing that brought a warm feeling was the Film Simulation options. A lifetime ago I used Fujifilm almost exclusively, shooting on transparency. One of the company’s major successes was Velvia. A super saturated ISO 50 film for still life – food, product shots, anything with bags of colour really. Well it lives on as one of the presets here. 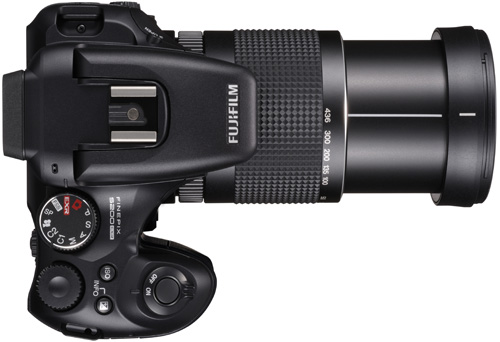 Multiple modes enable shooting in any environment, but keep a tripod handy

It’s technology doing its best in emulation of course, as it is simply an algorithm now, but the Velvia brand was a cornerstone in photography. Likewise with the Provia RDP 100; a legend in neutral tones, especially on skin. You either shot this or the Kodak equivalent, if you used the same processing lab, which ran 24 hours a day, you used this. It was the workhorse transparency film for publishing, in fact any professional photography, and is the Standard preset here.

Astia, brings up the rear with a softer colour/contrast look, 'a more subdued look', again from Fuji’s film stock history. There is also the obligatory black and white and sepia modes if you want to throw away your options (colour-wise) at the moment of capture.

The top dial takes you through the different modes available. In Auto mode only a few parameters can be set, but one that is very useful is the upper ISO. This allows you to decide where the ceiling is, before the shutter starts getting into shaky handheld territory or you start shooting noisy images up the top end.

The eponymous EXR function suggests it must be important and it’s the technology behind the sensor adapting into three modes, which are fairly self-explanatory, namely, Resolution Priority, High ISO & Low Noise, and D-Range Priority. Being in any of these modes will get the best result this camera can offer. The Auto feature, appears to take this decision for you, though it should be noted that in Auto, and Manually selected D-Range the resolution drops to 6Mp. This might be too much of a drop for some people having bought a camera with twice that advertised. 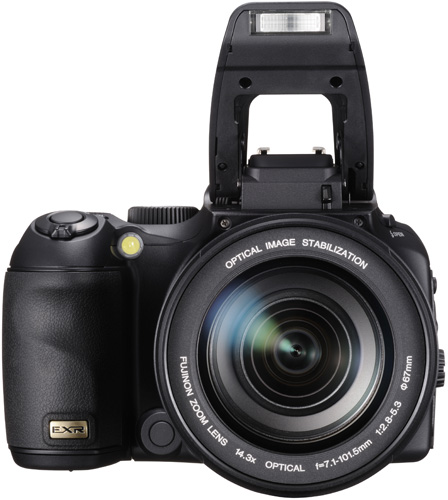 The slow lens means flash will be essential in some circumstances

Film simulation bracket (FSB) takes three successive images, one in each colour mode (standard, vivid and soft) to get a cross section of what might have been captured had you used the other 2. There is also AE and Dynamic Range bracketing all in all, offering plenty of choice when back at the computer. There are also scene modes such as beach, snow, fireworks and the like.