Command-line interfaces are for nerds

Bite out of Apple media

The other elements of the Me Menu are decidedly more fun, offering quick access to Gwibber, which makes a great social networking clients, and Empathy for connecting to various chat networks.

The Ubuntu One Music Store is also making its prime-time debut in this release. It offers a way to purchase DRM-free music directly through Rhythmbox, Ubuntu's default music player.

Unfortunately, while the music store itself is fine - I especially like that when you buy music it's automatically synced to the cloud via Ubuntu One - the selection that comes from 7Digital leaves much to be desired. The Ubuntu One Music store is nice addition for Ubuntu and I look forward to seeing it expand. But it's definitely not the iTunes Store just yet. 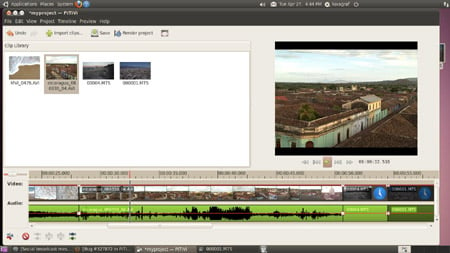 Movies make their debut with a timeline editor and tools

Of course, the lackluster selection has far more to do with music industry politics and licensing issues than any shortcoming of Ubuntu's, but it does nevertheless reflect on the store.

At least Ubuntu's music store delivers MP3 files rather than Ogg, which - while popular with Linux fans - isn't supported by the iPod (technically, some models can be hacked to run the Rockbox firmware, which does support Ogg).

The fact that Ubuntu One is tightly integrated with Rhythmbox is nice for GNOME fans, but this means other music players are left out of the fun. Canonical says the music store will eventually be available also as a plug-in for Banshee, Amarok, and "a few other" Linux music applications. But for now, it's Rhythmbox or the high road.

There's also a brand new movie editor making its debut in this release of Ubuntu. The Pitivi video editor offers an iMovie-like timeline editor with all the basic video editing tools. Pitivi can handle anything GStreamer supports, so make sure you install all the additional GStreamer plugins available.

I imported movies from three different cameras - both AVI files and AVCHD. The AVIs worked without issue. The newer camera's .mts AVCHD files seemed to import successfully, but I wasn't able to play or edit them. Curiously, the files played just fine in Movie Player, which means the problem was most likely not in GStreamer, but with Pitivi itself. If you've got a camera shooting AVCHD, you may need to look elsewhere, but Piviti will do the job otherwise. 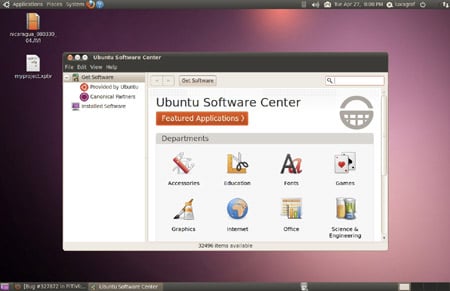 The basic GNOME apps all see updates in this release as well. Firefox, OpenOffice, and Evolution have all been updated to latest version.

Those that consider GUIs bloat and think a good user experience involves green monospaced fonts on a pure black terminal window will not be pleased with the new Ubuntu. Unfortunately, from the looks of things, you are Ubuntu's past. The real world of everyday, dare I say ordinary, computer users are Ubuntu's future.

The default human theme may be gone, but the emphasis on "Linux for everyone" remains well intact at the Ubuntu camp. Overall, Ubuntu 10.04 is certainly one of the most polished looking Linux distros on the market. With built-in cloud syncing, a new music store and quick access to social networks, Ubuntu is clearly aiming at the mainstream audience and you can expect that trend to continue. ®